Grammy award winning Loudon Wainwright III is probably the best-known performer at the ninth Deep Roots Music Festival in Wolfville this weekend. A singer/songwriter with over 40 years in the music business, he’ll be on stage for a 90-minute acoustic set on Saturday, Sept. 29. Opening that evening are local favourites the Hupman Brothers along with the voices of the American South: Sheesham & Lotus & ‘Son.

Friday night’s main stage show promises to be just as exciting with Mae Moore, Lynn Miles and ukelele virtuoso James Hill headlining. Two powerful up and comers, PEI’s Meaghan Blanchard and Halifax’s Micah O’Connell, will also perform. Musician David Carmichael, who booked the acts for this year’s festival, is eager to introduce audiences to Jaffa Road. Based in Toronto, they are an award-winning world music group that draws easily from Jewish, classical Arabic and Indian music, as well as jazz, pop, and dub. Genticorum, a popular traditional Québécois musical trio based in Montreal, are returning to Deep Roots.

The late-night dance parties are particularly fun; they usually sell out early. Everyone is invited to participate in the colourful Fresh Beats Rhythm Parade at noon on Saturday. There will also be workshops in singing, dancing and drumming. Sunday morning’s Rise up Singing is a sing-along with Festival artists in support of the Wolfville and Area Food Bank. A highlight of the closing concert on Sunday afternoon, is the presentation of the Valley Arts Award; this year’s honouree is Brian Johnston from Windsor, who has worked tirelessly for over four decades to foster music in the Annapolis Valley. He was the music teacher at Windsor Regional High School from 1973 until 1997, and taught summers at Acadia University for many years.

Tickets are available through any TicketPro outlet, including Wolfville’s Box of Delights Bookshop. 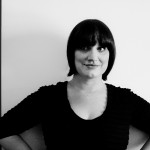