Back by popular demand!

The first Annapolis Valley Short Film Fest (May 2012) was open to drama and comedy films made in Nova Scotia. We decided to broaden the second fest because we found the first film fest a bit limiting. This seems to have been a good decision. We received submissions from a wide range of genres from across Canada, and are able to provide the viewers with a stellar line-up of remarkably professional, yet still independently produced, films.

We also expanded the selection committee to five judges. The judges made their decision based on which films were the most memorable and/or out-standing, not only as an over-all film, but also in areas such as cinematography, acting, script/story-line. The films balance well with each other, and provide the viewers with an interesting and diverse selection of exceptional films. Unfortunately many good quality films did not make the fest simply because the competition was very high.

We are pleased with the calibre and diversity of the films and the filmmakers. One of the comedy films won the Jury Selection Award at the Film North Festival, while another filmmaker who submitted a clever Horror-Comedy has had his films aired on CBC and the Comedy Network. Another filmmaker has no history in the film industry, yet his degree in Anthropology inspired him to make a unique and interesting documentary. We are pleased to present a locally made drama that combines an intriguing storyline; original music; local history; cultural diversity; and superb cinematography. There are 9 films in total, ranging from 2 to 20 minutes. Be sure to fill out the Viewers Choice Awards to ensure these talented people receive the recognition they deserve. Prizes are provided by Victoria’s Historic Inn and The Smokin’ Blues Fest 3.

The festival is Saturday, Feb 23rd at the Al Whittle Theatre in Wolfville. Doors open at 7:15. Thanks to Wild Lupin Media you can enjoy pre-show entertainment by WoodScott, and The Fun Time Brigade at intermission. The after party is upstairs at Paddys Pub, Wolfville Tickets are $10/12 at the door and are available at boso bamboo boutique; The Rolled Oat; or info@avshortfilmfest.ca

The AVSFF 2 may not be world renowned, but it promises a fun and unique evening. We appreciate your support and hope you enjoy the fest. 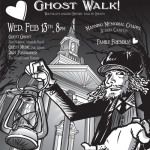 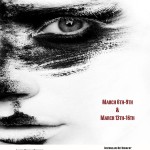