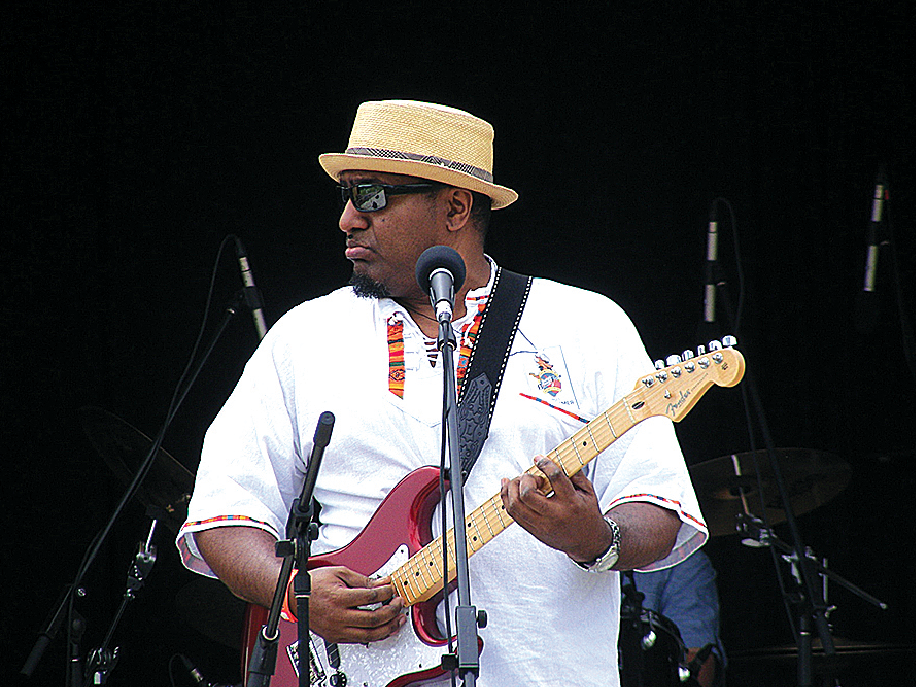 This man has got me singing the blues and singing his praises! Ladies and gentleman, Mark Riley!

Mark Riley was born into a very musical family, just outside of Dartmouth, in Lake Loon.  Mark’s dad, now almost 80, has been singing and playing guitar in church and gospel groups since he was a young man. Mark, along with his nine brothers and sisters, grew up singing in choirs, gospel groups, and family sing-songs. Those musical roots eventually took him and his talent to Toronto, where he played music with a few bands and was featured in a film for the Department of Education call Know Your Rights.

Mark returned to Nova Scotia and joined the EMCA–winning Nova Scotia Mass Choir as a soloist and a tenor. About seven years ago, Mark connected with the band Shoulder to Shoulder and filled in as a drummer. He sang one song with them, and the rest is history.

Mark formed the Mark Riley Band about six years ago, and even though he’s gone through various members, it still remains one of the busiest bands in the area. P.M. Blues is another one of Mark’s bands, playing primarily blues music. The 15-piece Bluesmobile was formed in 2012 as a project band with local musician Bernie Zinck. I have seen Bluesmobile put on a show, and it is really quite incredible, folks!

You can find information about all of Mark’s upcoming gigs on Facebook. Each group has its own page.  And keep an eye out for The Mark Riley Band website, which will soon be released. A CD is also in the works. For now, here’s a little date to MARK on your calendars… Join Bluesmobile on Saturday, November 9, 9pm to 12am, at The Cornwallis Inn Ballroom. PLEASE NOTE this WILL be a licensed event! Tickets are $15 and are available Long & McQuade in New Minas.

Music is not Mark’s only talent, though. He has also trained as both an electrician and an appliance-repair technician, and he ran his own business for many years. In the past Mark has also coached and played basketball, as well as played and coached his childhood passion: hockey. These days, despite loving his time working with teams at Horton High, North East Kings, King’s Minor and Valley East Basketball Association, it’s all about the music for Mark.

After making the move to Wolfville while his wife attended university here, Mark made the decision to concentrate on music on a full-time basis. He took employment with Long & McQuade, the go-to place for music supplies, and this allows him to feed his passion for music and meet others in the music community of the valley.

Mark says, “Since I have been in the Valley, I have had many opportunities to perform in different settings and genres. The variety of talent and venues here is really great. From soft Jazz at the Blomidon Inn, to R&B at the Kings Arms Pub, to gospel at Acadia, it is all here! There are also festivals and celebrations, many of which I have been a part of in Nova Scotia including the Wharf Rat Bike Rally, Heart of the Valley, New Minas Days, Halifax Natal Day and Canada Day Celebrations to name a few.”

The road ahead is paved with many shows and concerts. Mark plans to continue with Shoulder to Shoulder and the Bluesmobile Band, as well as gospel events whenever possible. Mark’s heart remains with the church and his faith, and he will always put those loves into his music. And in all of the talents, hobbies, and occupations I’ve mentioned, I almost forgot to mention the best job Mark has: being husband to wife Rev. Jennifer and father to his two beautiful daughters, Jasmin, 24, a fashion designer in Toronto and Olivia, 22, a nursing student at Dalhousie.

He is a father, husband, singer, musician, and so much more. He has truly left his MARK! Thank you! 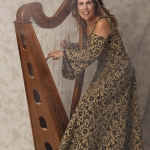 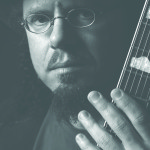