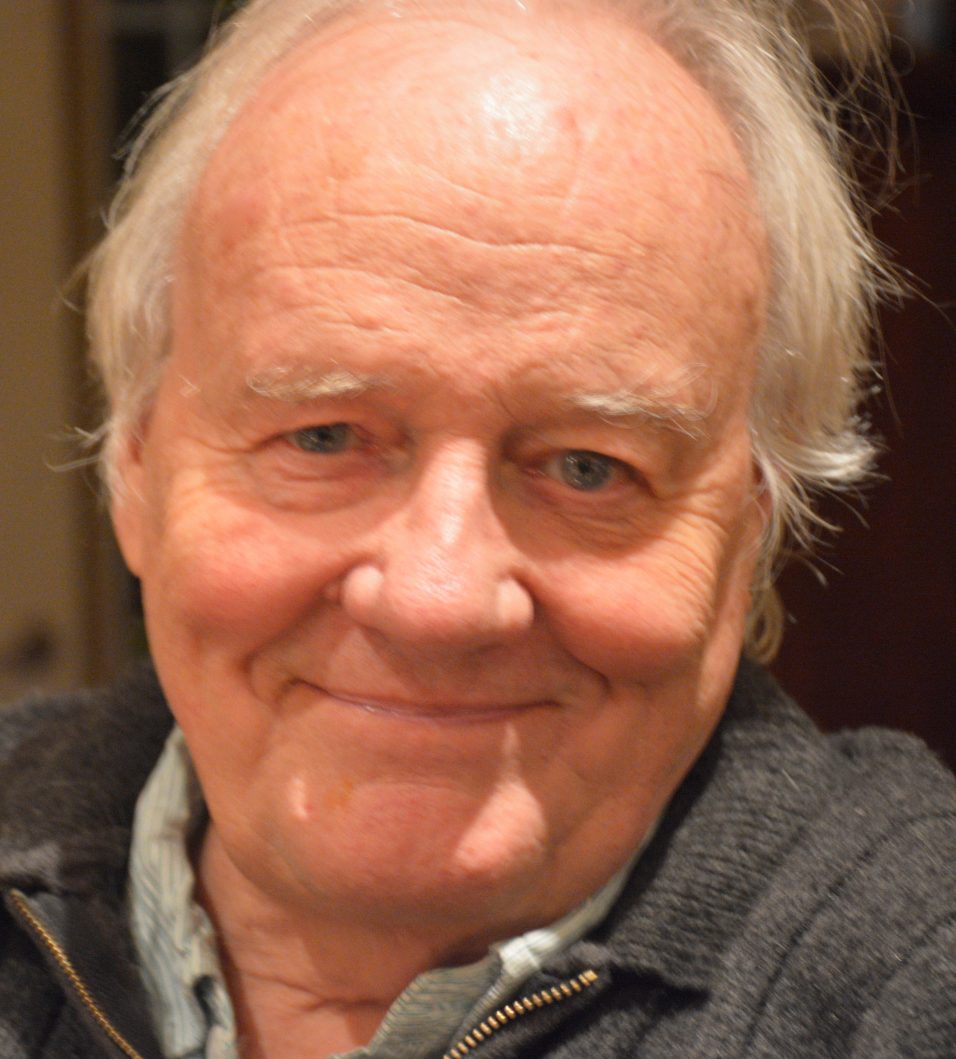 Who’s Who: Michael Bawtree and the Best Books of the Year!
By Mike Butler

I will never forget it. I was in high school and I’d heard about this wonderful new establishment in Wolfville called the Atlantic Festival Theatre, a unique and elaborate stage modeled after the thrust stage of the Stratford Theatre in Stratford, Ontario. It was a breathtaking adventure for a sixteen year old to see that kind of stage and the professional theatre that was performed on it. I was chosen in its first year to be an usher and one of the workers in the gift shop and that’s where I first met Michael Bawtree! Michael was the Artistic Director at the time and one of the intricate pieces of the puzzle involved in the initial idea and formation of the theatre. This gem of a building and all of its years of brilliant productions influenced me beyond words in the community theatre career I’ve since pursued. Productions such as A Flea in Her Ear, Amadeus, The Miracle Worker, The Tempest, The Cherry Orchard, shaped how I undertake my theatrical projects. I owe a huge thank you to Michael for all his work to bring that theatre to Wolfville!

Since those days of the Festival Theatre, Michael has been my professor during my stint at Acadia, a smiling acquaintance when I’m out and about in Wolfville, and now with the release of his second memoir The Best Fooling, he’s supplied me with one of the most enjoyable reads I’ve had this year.

His first volume of his memoirs, As Far As I Can Remember took the reader on a journey through Michael’s youthful years, from his birth in Australia and growing up in England during and after World War II, through his education and into his two-year stint in the British Army. It was a thrilling account of those years and if you haven’t read that volume, you should definitely pick it up. Even having read that book, I still wasn’t prepared for how much I enjoyed The Best Fooling, which chronicles Michael’s experience as an immigrant in Canada and covers his years as a professional actor, university instructor, book critic, dramaturge, and playwright. Anybody looking for an excellent read will not be disappointed, but if you’re a fan of the theatre and have had experience within that medium this will easily top your list of favourite reads, as it’s not just Michael’s story but also a history lesson about Canadian theatre and the many actors who built the medium. Michael’s memoir dives into the world of 1960s and ’70s Canadian theatre using an elegant and sometimes very humorous narrative structure that kept my attention through every page. His open, straightforward, and vulnerable style of self-reflection is a wonder to read and if you think you know a thing or two about this terrific man and exquisite performer, you’re in for a surprise! You can find The Best Fooling at The Box Of Delights Bookshop in Wolfville, or you can order your copy through likenootherpress.ca or other online bookshops. Keep an eye out for book signings and book launches here in the valley and beyond where you can meet with Michael firsthand. The Best Fooling is yet another amazing accomplishment in the already illustrious career of this theatre pioneer.

Once you’ve read Michael’s memoirs (remember to pick up both!), I encourage you to pick up these delightful novels as well. These are some of the best books I’ve read this year and will make excellent picks for the autumn and winter months ahead: Exit West by Mohsin Hamid, Killers of the Flower Moon by David Grann, Lincoln in the Bardo by George Saunders, Kill the Boy Band and No Good Deed by Goldy Moldavsky, Chemistry by Weike Wang, Anything is Possible by Elizabeth Stout, Nutshell by Ian McEwan, The Animators by Kayla Rae Whitaker, See What I Have Done by Sarah Schmidt, New People by Danzy Senna, The Force by Don Winslow, American Fire by Monica Hesse, Final Girls by Riley Sager, Our Little Racket by Angelica Baker, The Girls by Emma Cline and finally, The Hearts of Men by Nikolas Butler .