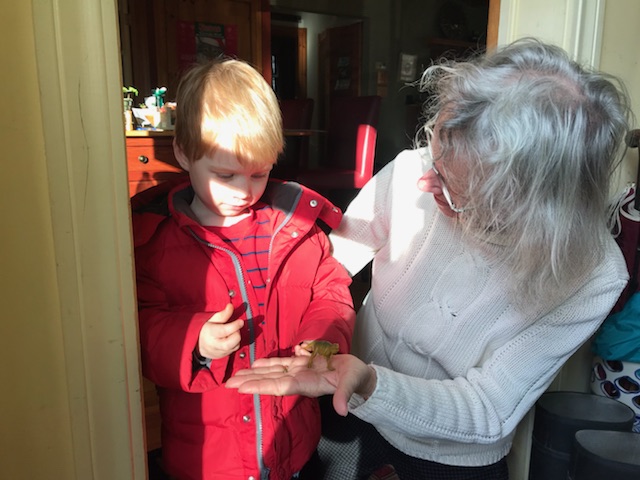 Welcome to a new little column we are calling Lost and Found. Tell us your tales of items lost, items found, and the stories in between.

It’s already the new year, but we’ll start with a little magic left over from the holiday season. Wolfville’s Fezziwig production, ’Twas the Wolf Before Christmas, was, as Fezziwig always is, a rollicking holiday adventure, but this year some of its charm extended beyond the stage.

Four-year-old Henry Gadon was in the audience, clutching a new inch-tall dinosaur he’d procured from the lost and found at the Wolfville Memorial Library (where it had been housed for over a month, never having been retrieved by its original owner). Henry was already happily offering the new-to-him dino the very best of community life in Wolfville: a night out, a community-led artistic production, and his very first time seeing Mike Butler on stage. Alas, by the time Mr. Gadon was carried home, fast asleep, the dino was nowhere to be found. A call was put out, and none other than Wendy Elliott, director of this year’s production, solved the mystery. An usher had found the dino, and by the end of the Fezziwig weekend, the town had had its tongue-in-cheek holiday musical extravaganza, and Henry had his dino back.

That wasn’t, however, the end of the magic of items lost and items found at Fezziwig. “A little girl named Charity from the Greenwood area came to the show Friday evening and bought some previously loved jewelry from the Kings Kikima Grannies. She was excited to find a necklace with stones like her birthstone, but the necklace got dropped and she lost it,” says Elliott. “On Saturday it had been found. I put the photo on the Fezziwig Facebook page and it was shared 42 times. Charity has the necklace back now.”

All may seem well that ends well, but there’s one more mystery afoot at Festival Theatre: “If only we could discourage the prankster who’s left dentures in the Festival Theatre washrooms both of the last two years of the production,” says Elliott. “What’s up with that!?!?” 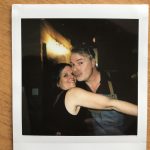