The name Scott Jones has become very well-known in Nova Scotia, Canada, and all over the world. His courageous spirit and zest for life have been celebrated from one end of the globe to the other and now, Wolfville is offering a very special event to continue this celebration.

Love, Scott, is an award-winning documentary about Nova Scotia musician Scott Jones, who was paralyzed in a homophobic attack. It will screen on Thursday April 4, at the Al Whittle Theatre in Wolfville. Proceeds from the event will go to the Annapolis Valley Honour Choir (AVHC).

After each screening of the film, there will be a question and answer session with the audience and Scott Jones live over Skype from Toronto where he is currently pursuing doctoral studies in choral music and social justice. In the world we inhabit, with so many unfortunate events taking place, this screening will be an inspirational evening for everyone in attendance.

Scott’s story is a heroic journey that made headlines and put hate crimes in the forefront of global news. While walking on the street one night in New Glasgow, Scott Jones, a gay musician, was attacked and paralyzed from the waist down. The film tells the story of Scott’s journey of healing and transformation. From the first raw moments in the hospital to a disquieting trip back to the place where he was attacked, Scott is constantly faced with the choice of losing himself in waves of grief or embracing love over fear. Love, Scott is an intimate and visually evocative window into queer experience, set against a stunning score by Sigur Rós, that will stay with you long after the closing credits roll.

Scott Jones has strong ties to the choral community of Nova Scotia. In 2015, Jones’ choir VOX and the AVHC partnered in a day of workshops and a concert that raised $8000 for Scott’s organization Don’t BE Afraid, and the Valley Youth Project. In 2016, Scott was the interim director of the AVHC and his influence, good nature, and talent have made a lasting impression with the choir.

This screening is a fundraiser for the AVHC Senior Choir as they embark on a cultural and performance tour to Portugal and Spain this July, where they will be sharing their voices and messages of youth empowerment, acceptance, and peace at festivals and in exchanges with other youth choirs, carrying Scott’s message of hope and strength.

Love, Scott is being screened at the Al Whittle Theatre on Main Street, Wolfville on Thursday April 4. There will be two showings, at 6:30pm, and at 9:00pm. You can purchase advance tickets, $15 for adults and $12 for students, online at avhc.ca or at any Ticketpro location in the Valley. Tickets are $20 at the door on the evening of the event. There will homemade popcorn, water, and Just Us drinks will also be available for purchase. Come out and support this great man and this great group of students and be inspired! 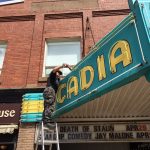 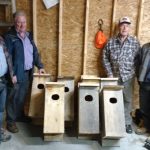