“Who in their right mind would hold a blues/rock festival and a metal/hard rock festival in the same town, on the same weekend, at the same exhibition grounds?” Nobody. That’s who!

But if you build it, they will come, right? Well, that’s the goal of a significant shift in format at two of Nova Scotia’s longest-running festivals. Now in its ninth edition, the Smokin’ Rock & Blues Fest will bring some tunes of familiarity to Windsor. Two of Canada’s best tribute acts will be gracing the stage: PEI’s The Fabulously Rich will pay tribute to The Tragically Hip and Nova Scotia’s Gypsy will pay tribute to Fleetwood Mac. Usually the festival focuses solely on original music, but this year the goal is to bring some “known” music to both festivals and in the process, create larger crowds for the original acts. A win-win for everyone. Along with an amazing roster of bands, there will also be a “Smokin’ Band Battle” on Saturday afternoon with a $500 prize up for grabs, plenty of vendors, and more.

Then over on the other side of the Hants County Exhibition Grounds: it’s the 7th year of the Maritime Metal & Hard Rock Festival. Growing each year as Atlantic Canada’s longest-running metal/hard rock festival, this grassroots event is the ultimate celebration for folks that like things on the heavier side. And sticking with the formula, performing at the event this year will be Canada’s #1 tributes to Guns n’ Roses and Mötley Crüe. Take a step back in time and while you’re at it, check out the insane lineup of Maritime metal, hard rock, and punk. There is an unreal amount of talent to witness at this event. That field is going to be filled with tents this year, no doubt!

And to add cherries and nuts to this musical treat, there is a limited supply of add-on “floater passes” available online and at the gate. This lets you float back and forth between the two festivals all weekend long FOR TEN DOLLARS. Both festivals offer onsite camping, serviced campsites, food vendors, showers, flush toilets and AN AMAZING ATMOSPHERE! Come and celebrate with fellow music lovers. If you’re looking for something a bit unique for the region, something you won’t find in every province, something that only happens once a summer, you know where to find your musical paradise. Blues, classic rock, rock, hard rock, metal: See what we did there? Windsor, NS, July 5-6, 2019. For more info go to smokinbluesfest.ca or maritimemetalfest.com 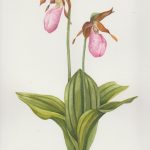