In Pursuit of Light
By Anna Horsnell

Light. Without it we live in darkness. Light enables us to literally see the world around us in all its complexity. In art, the painter uses the illusion of light to create a three-dimensional world on a two-dimensional canvas. To do this well requires an exceptional eye and masterful skill. Arnaud Béghin is just such an artist.

Béghin was born in 1964 in Le Havre, France. Having tried art school, he chose instead to follow his own path to become an artist. Living in Paris in the late 1980s, his preference was to learn under artists who he admired, such as French painter Lionel Verrier, and by immersing himself in the art found in The Louvre. There, surrounded by masterpieces, he felt there was no bad art, and he was especially drawn to perhaps lesser-known artists who he felt tried difficult things in their work.

In 1993, Béghin married Canadian artist Elizabeth Sircom, and twenty years later they made the move to Hantsport. He relishes the fresh start and freedom to explore a new landscape in relative isolation. “Nova Scotia is beautiful and subjects are everywhere.” As a studio painter who works in oils, his subjects are extensive, from landscapes to interiors, figures and more. Every subject comes with its own challenges. With landscapes, he feels the test is to instill life without people. Painting interior scenes, he concentrates on portraying the outside from the inside. He feels the quest for any artist is to find a focus, something to develop, something to feel passionate about. For Béghin, it is light, “It’s a very good thread to follow. Right from the start. I use colour to make light. Colour is just a tool to make light.”

Generally Béghin heads outside early in the morning or late in the day to capture the best light in his photos. He never tires of the search for the right light, the shape and emotion and the feelings it evokes. Forgoing the urgency inherent with painting outside, he prefers to then return to his studio where he can construct his composition. He loves the whole process and all the organic stages. The magic is in taking the photo, the frozen moment, and creating something more. The painting becomes something else, something beyond the reality, and Béghin often sees no connection between what he paints in the studio and the actual scene he photographed. “It’s a very good way to pass the day,” he smiles.

Still there are times when as an artist, he feels he knows nothing. There is always more to learn, chasing the elusive quality that makes a painting truly special. Béghin continually challenges himself. He values the act of trying, of pushing himself as an artist. He does not want to be remembered personally. What really matters is the work. Will it stand the test of time? What will the work be without context? Béghin enjoys the mystery of never knowing what the audience thinks or sees in his artwork. Looking at his paintings, there is a softness to the light. There is a translation of the ordinary into the extraordinary. There is an invitation to look closer at the world around you, to perhaps feel something you have recognized before, but could never describe in words. Therein lies the gift of the artist.

Paintings by Arnaud Béghin can be seen at The Harvest Gallery in Wolfville, and in his upcoming show at the Amicus Gallery in Chester, starting on August 8. Contact the artist at abeghin@ns.sympatico.ca or visit his website at abeghin.free.fr. All images courtesy of the artist. 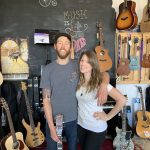 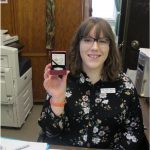