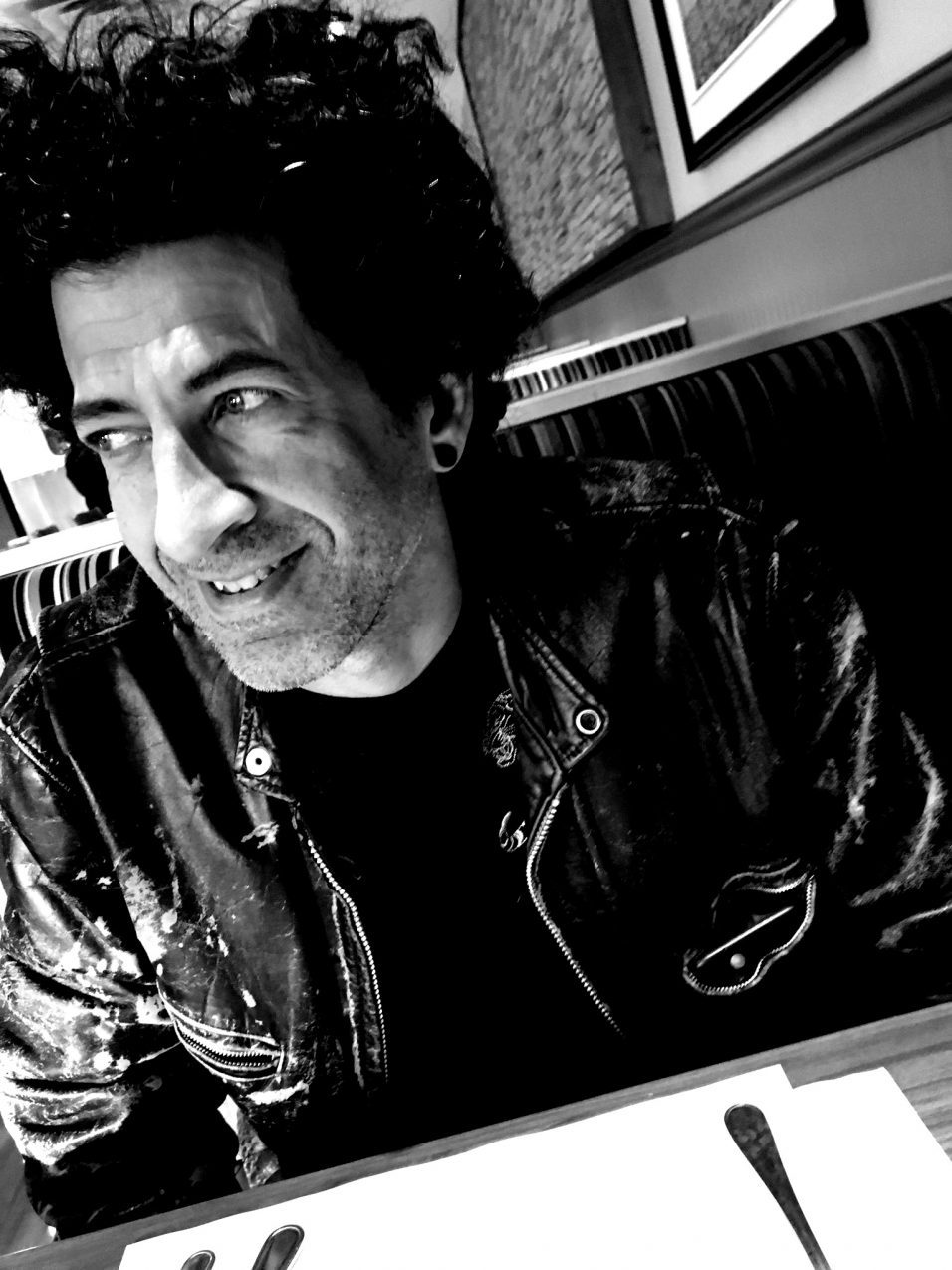 Mike Aubé: the name is so familiar here in the Valley that it feels almost superfluous to feature him in this column, but Mike is known for his music, not for being a big personality in our community. He’s known, but do we really know him? I serve Mike coffee, own his CDs, see him out and about, pass along some hellos and chit chat when we bump into each other, but I wanted to include Mike in my column so I could learn more about him and where his incredible talent came from. Here’s an Open Mike (Aubé): sit back and enjoy!

Mike Aubé grew up in Dorchester, New Brunswick with two younger brothers, and his parents were both school teachers. “We lived in a very rural environment,” Mike says, “and I spent a lot of time either out in nature or listening to old records. I was a balanced student, interested in both the sciences and the arts. I went to the University of New Brunswick and completed a master’s degree in kinesiology. I came to Wolfville in 1997 to take a position as a lab instructor and technician in the kinesiology program at Acadia.”

Bet you all didn’t know that! Well, there’s more….

Mike is now a singer/songwriter, as music has always played a huge part in his life. He left university teaching in 2003 and says that if he had stayed, he would probably be old and grey with a bad liver by now, whereas, composing and playing music keeps him feeling young and vibrant.

On being a part of the vast, wonderful music industry in the Valley and beyond, Mike says that “like many musicians, music has been a part of my life since I was a child. I sang in school choirs and picked up the guitar at age twelve. I only started writing songs in my mid-20s and was 30 before I had my first band, Rust Bucket. We toured the Annapolis Valley for many years before I struck out on my own as a solo artist. I’m kind of a late bloomer, but folk singers are a different breed than pop stars. We don’t usually hit our stride until we’ve been around the sun a bunch of times.”

Have you had the privilege of seeing and hearing Mike perform? He’s a real treat to see in action. He’s a John Prine or Steve Poltz type, in that he writes a lot of goofy songs that are a little bit comedic, but he also likes to pull the heartstrings occasionally too. He’s first and foremost a poet and he spends maybe a little too much time examining the wonders of the world around him.

This year has been and will be a busy one for Mike as he plans to release a new album this year, which he is producing in a very do-it-yourself manner. His previous albums were recorded in proper studios, but he’s learning to record himself on very basic equipment and playing all the instruments himself. All of his products and new album information can be found on mikeaube.com, however, there are still a few places to find his hard-copy compact discs: The Box of Delights Bookshop and The Market, on Main Street, Wolfville, and Our Mother’s Keepers in Windsor.

It’s commonplace today to use social media for promotions and advertising and Mike agrees with the strategy: “social media is essential in the music world. It is how people find new music these days. It is how I advertise my shows, reach new audiences, and show behind-the-scenes stuff. On one hand, it is fun because I get to be a giant goofball and share my quirky humour in a way that is a bit more risqué than my everyday self or my stage persona. On the other hand, it can be a major annoyance trying to keep fresh and on the ball with things.”

And when he’s not playing or writing music, Mike likes gardening, walks in nature, and tackling the odd cryptoquote. He loves this area for its culture as there’s so much creativity in our art, music, and theatre! He loves that Wolfville is friendly to small business and keeps big corporations at arm’s length. If you’ve walked around Wolfville lately, you’ve maybe seen some fun sidewalk chalk “graffiti.” Well, those funny words are the doodlings of Mike Aubé as he assists in promoting Realm, the new business on Elm Avenue. Head over to this very unique shop and you might see Mike there. He’s been helping his friend, and Realm owner, Kym Bennett start her business, which has a spot for reiki, which Mike will use from time to time. Pop by and check it out!

And what does the future hold? “My main goal is to do music full-time 12 months out of the year,” Mike says. “I think music is a healing influence and I want to use that platform to help promote mental health and social and environmental justice. I would also like to focus on creating a grassroots network by playing more house concerts and festivals. Within five years, I want to be playing major folk festivals like Winnipeg, Mariposa, and Dawson City. The way to get to those goals really involves making sure my songs are world-class and getting them in front of as many people as possible, both as live performances and online.”

As a friend and a fan, I think Mike is going to do just fine! We all look forward to the next bit of Mike Aubé to hit our ears! Best of luck! 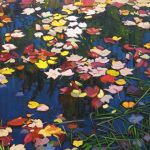 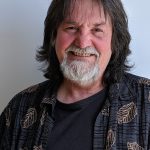