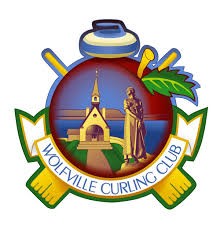 The Wolfville Curling Club’s 2019-20 season is, incredibly, but a few weeks away! There will be an information booth in front of the curling club (Elm Avenue) every Saturday morning until Thanksgiving, 9:30am-12:30pm. On your way to the Saturday morning market, stop by to say hello. We will be happy to answer questions about curling and give you a tour of the club.

Curling has become very popular in Canada, in part because of how well Canadian teams have represented us in world championships and the Olympics. Also, more than any other team sport, curling epitomizes the spirit of good sportsmanship, which begins and ends with handshakes. Moreover, it is a great way to chase some of those winter blues.

Curling has also developed offshoots including mixed doubles curling and stick curling. The club offers both of these options. The Wolfville Curling Club also has a “Little Rocks” program for school aged children. In October, free curling instructions will also be offered.

Stop by on a Saturday morning and ask us why you should become a curler!