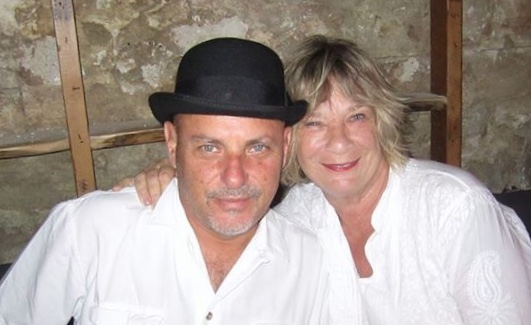 Who’s Who: Sandi and Guy (Porter-Breau)
By Mike Butler

The Deep Roots Music Festival is right around the corner: a time when Wolfville bursts with incredible music, fun, and a special vibe that’s both welcoming and wonderful. It’s one of my favourite times of the year here in Wolfville, and with the festival comes the Deep Roots edition of The Grapevine and this special Who’s Who on some Deep Roots participants: Guy and Sandi! Here’s the scoop on this fascinating couple!

Guy and Sandi met in Toronto in 2007. Sandi was working as a social worker and playing music with her band in various venues, and then Guy became part of the band in 2008. In Toronto the band completed an 11-year residency at Grossman’s Home of the Blues, happily performing mostly originals, before moving to the Valley and Wolfville.

Guy is the second of four children, born and raised in Montréal to Acadian parents who were from the Moncton area, where they vacationed often in his formative years. “I was young when I decided I wanted to someday live out east,” Guy says, “and I kept the commitment by moving to Moncton right after college. I had studied music in college long enough to learn that I was not cut out to be a professional musician or teacher, thus I dropped out after the first year and found a job. Music was always my passion, since The Beatles on Ed Sullivan in 1964, and I had to wait until Christmas that year to get my first guitar (that I still have!). Although I studied guitar and have played it regularly ever since, it wasn’t until 2004 that I began to host a weekly open mic event in Saint John, and that got me reconnected to live performing. I now own 10 guitars in my modest collection, after agreeing to sell off a few.”

Sandi is the eldest of six children, grew up in Toronto, and lived in Montréal for a time and in the southern US (St. Augustine, FL and Louisiana). Sandi started writing songs at an early age: the first song she recalls writing was when she was 8 years old! She says, “I performed onstage for the first time around that same time. When I am performing, especially with a full band, I am my most complete.” Sandi’s father was from Nova Scotia’s Eastern Shore and her family visited every summer, but she wasn’t really familiar with the Valley until Guy and her “discovered” it together.

“We are both retired now,” Guy says. “My work career started in retail, that morphed into company operations and management. Sandi was a social worker and is forever a musician! My last 20 years found me managing call centres including overseeing the operation of four call centres for Rogers Communications in Toronto. To pass my time now, I have a paper route: delivering The Grapevine!”

How Sandi and Guy found Wolfville was interesting. While vacationing near Sherbrooke Nova Scotia in 2012, decompressing from their stressful jobs, they began discussing whether they could/should plan to move to Nova Scotia in their upcoming retirement years, and the Valley was one of the areas they narrowed it down to. While visiting some new friends from Kingston Nova Scotia whom they met while vacationing in Mexico in 2014, they spent a day in Wolfville and Grand-Pré, and that did it! They packed up the truck and moved to Greenwich in June 2015, and the rest is history!

Sandi and Guy joined Deep Roots as volunteers in 2017 in the role of billet host coordinators and assisting with transportation. It has really helped them to get further connected to so many great people locally as well as getting connected with the various performers. Sandi and Guy have also been hosting the weekly music jam Saturday afternoons at The Noodle Guy in Port Williams for the past three years, which has allowed them to meet and play with scores of wonderful local musicians. They also occasionally perform their own gigs under the name Porter-Breau. Get out and see them! You won’t be disappointed! 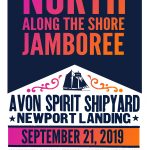