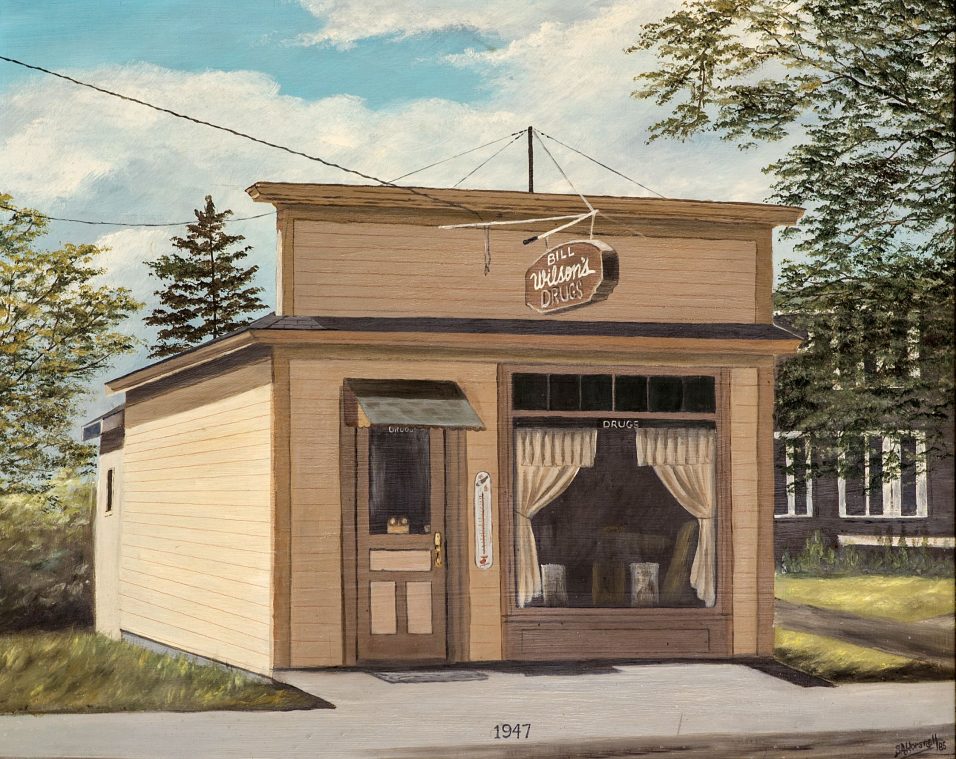 The Town of Berwick’s Apple Capital Museum recently opened the new Sally Horsnell Art Gallery to showcase paintings which herald the town’s historic buildings. With pride and gratitude, this writer would like to share a portion of the speech I made at the official opening on August 7 on behalf of the artist, my mother:

Sally (Parker) Horsnell was born in the town of Berwick on January 23, 1934. Her family had already lived in Berwick for several generations and their lives were intertwined with the history of the town. She grew up here with her four sisters, went to school, spent time at her father’s blacksmith’s shop, and eventually began working at the Berwick hospital where she trained to become a nurse. In a time before internet and cell phones, her world largely revolved around the town itself, instilling a deep sense of home. In 1967, Mom enrolled in art classes through the adult education program in Berwick. She went on to teach for three years herself, and quickly became recognized for her fine landscapes, seascapes, and portraits. Over the next decade, she continued to study, exhibit, and paint continuously.

Which brings us to Mom’s biggest undertaking and largest body of work: her Berwick Series. Mom wanted to preserve the history of Berwick by creating a painting series of historical buildings from Berwick’s past. When she began the paintings in the 1980s, I don’t think she had any idea how many there would be, or that this project would continue well into the 1990s. She painted buildings she remembered from her childhood as well as others she discovered through research into the town’s history. Soon people from town were suggesting buildings they remembered, bringing her photos. The series grew to over thirty paintings and I know Mom realized she was creating something special.

Art captures a time and a place. Whether an artist paints a landscape or a portrait or perhaps an abstract feeling, they are recording our culture, our history, our lives. Mom’s Berwick Series is a perfect example. She recorded a specific place – the town of Berwick. She took particular care to get the buildings right, but she was also recording a particular period of time between the late 1890s and 1950s, and beyond. She tried to capture some of the stories behind the buildings: the horses outside the blacksmith shop, the mother with her hand on her son’s shoulder waiting for the train, the folks in front of shop windows, the horse and carriage waiting to head home. These aren’t just buildings. This is a community and there is pride here in those who went before, those who helped grow Berwick, who lived here and built businesses and raised their families.

As an artist, you hope others will perhaps feel what you feel, that the work will be remembered. Mom considers her Berwick Series to be a major milestone in her career. At the heart of this series however, it is more than an artistic legacy. The Berwick Series is one woman’s love letter to her home town. Though most of the paintings from the series are now owned privately, Berwick businessman Murray Saunders kindly donated five paintings from the series to initiate the new gallery and others have followed.

The Apple Capital Museum is located within the historic Margeson Building at 173 Commercial Street in Berwick and is open June through September from 9am until 4pm daily except Sundays. Visit the Museum’s website at berwickapplemuseum.wixsite.com/homepage 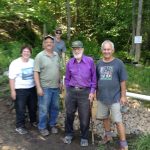 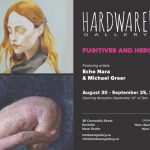