Eight years ago I had the wonderful opportunity to be the student intern for the Deep Roots Music Festival. During my summer contract, I was tasked to work on the Indigenous programming for the event. You may remember, 2011 was the year celebrated indigenous singer Kinnie Starr and the indigenous band Digging Roots headlined. To complement the headlining acts, we had performers from Bear River lead the community in traditional song and dances in Clock Park, and at the Wolfville Farmers’ Market. That experience opened up a whole new world to me, and I have since worked with indigenous arts communities across Atlantic Canada.

The Deep Roots Music Festival’s original purpose was to be a musical celebration of the four founding cultures: Mi’kmaq, Acadian, Gaelic/Scottish, and African. I am very excited to announce that this year has strong Mi’kmaq representation once again.

To kick off the weekend of events, there will be a smudging ceremony at 6:15pm in the Festival Theatre parking lot performed by the Melgita’t Women. This is a ritual of burning plant resins and herbs to clear away negative energy and invite in peace and harmony (deeprootsmusic.ca/2019/07/melgitat-women-2/).

On Friday, September 27 at 7pm Alan Syliboy & The Thundermakers are playing a multi-media set at the Kings County Museum. This group features Hubert Francis as the lead vocalist. Francis, who performed with his band Eagle Feather for many years and received a Juno in 1994, has recently been awarded a lifetime achievement award from the East Coast Music Awards (kingscountymuseum.ca/events/).

On Saturday, September 28 at 3pm, Alan Syliboy will be making an appearance again, along with Mika Francis, Emma Stevens, and Rachel Whitney, expressing their cultural roots through song, drumming, and visual art at the Al Whittle Theatre. This Idle No More: Truth & Reconciliation performance will feature a weaving of traditional teachings with songs to honour the knowledge and resilience of Mi’kmaq ancestors and communities (deeprootsmusic.ca/2019/07/alan-syliboy-and-the-thundermakers/).

For the festival finale on Sunday, September 29 at 1pm, Alan Syliboy & The Thundermakers will be performing again, as well as Emma Stevens, who is an Eskasoni high schooler who rose to fame when she released a cover of “Blackbird” by The Beatles sung entirely in the Mi’kmaq language. The video has received a million views since April 2019, and a shout-out from Paul McCartney himself (deeprootsmusic.ca/2019/07/emma-stevens/). 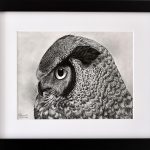