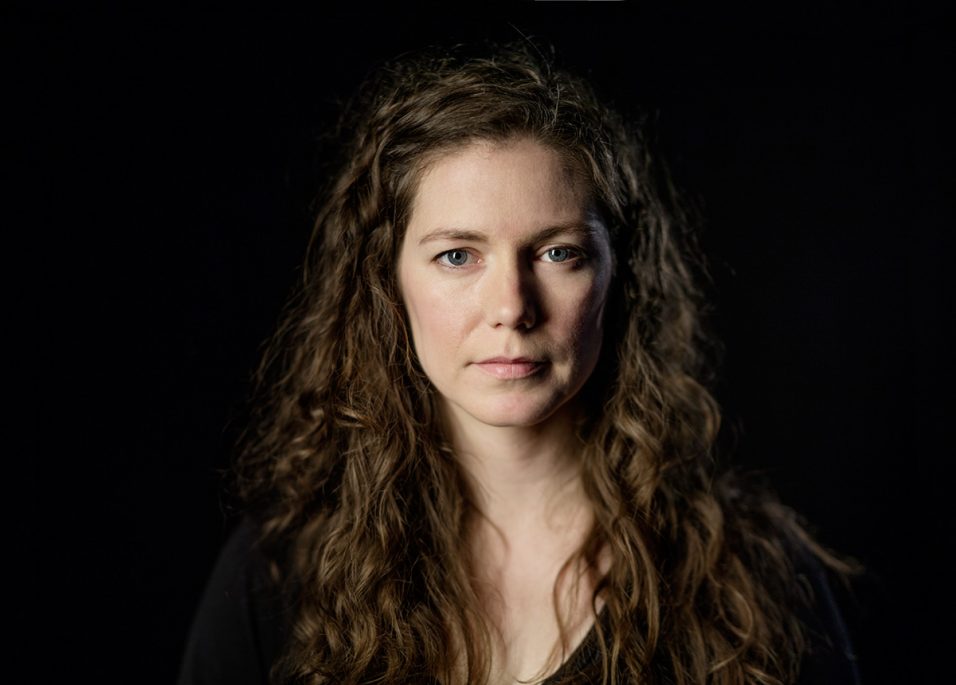 On opening night of the Deep Roots festival, celebrated Maritime singer-songwriter Catherine MacLellan will set the tone with a screening of her National Film Board documentary The Song and the Sorrow, directed by Millefiore Clarkes, and a duo performance following. The film captures Catherine’s personal struggle to reconcile a family tragedy, confront the hurtful mystery of her absent father, Gene MacLellan, and embrace his musical legacy, as well as break the silence surrounding mental illness. Kim Barlow recently had a conversation with Catherine about music, mental health, and her father’s legacy. Here is what she said.

Catherine MacLellan (CM): My dad was my greatest songwriting teacher. His ability to find a great melody is sort of intangible but I feel from learning his songs I’ve been paying more attention to that. Finding a melody and lyrics that embrace each other seamlessly is my goal. He was very good at that. There never seems to be an awkward singing moment in his songs.

KB: When it comes to dealing with depression, what tools do you use to take care of yourself, that you wish your dad had known about and implemented?

CM: For me the greatest tools are meditation and exercise. Being in my body instead of my brain with yoga helps a lot. Trying to stay in the present moment instead of always worrying about the future or the past is a constant battle, but one worth fighting. But truly the best tool, and the one I wish my dad could’ve used, is the power of talking to people about mental health. Reducing the stigma around mental health through conversation has been the most helpful thing for me.

KB: Do you think being a musician takes more of a toll on mental health than other occupations, or does the act of playing music improve your mental health, as the studies say? Is it a bit of both, and which side wins the day?

CM: Writing and sharing songs has been very therapeutic for me. It helps me understand and deal with my emotions in a very tangible way. But the environment of the music business is very challenging for my mental health. There is no stability in schedules, or financially, and that has certainly taken a toll on me. I have found by using exercise and meditation that I can counteract most of the negative effects.

KB: You spent a few years focusing on the shows, this film, and making an album of your father’s songs. It must have been pretty intense at times. How do you feel about that process, in hindsight? Was it healing? Do you have any regrets?

CM: These last few years of focusing on my father’s music and life have been life-changing for me. In a strange way I’ve discovered more about myself through learning about my dad and I’ve also found my confidence in ways I never thought I would. It has certainly been healing and I have no regrets. I am ready, though, to get back to my own journey through music and excited to release a new album of my own music.

KB: What inspired the songs on the new record?

CM: As always for me, life is the best inspiration. I find the honesty and vulnerability help me connect with people. I’ve gone through a hard breakup of a long relationship, but also started a new one, and my life has gotten so much better in the last few years. In that way, the new album is full of songs that have come from that journey.

KB: Where did you record it, and who’s on it? How did it go in the studio? What are you most excited about with this new collection?

CM: The album took a lot longer than I thought it would. There were a lot of road blocks and diversions – mainly from working on my dad’s music. I started out working with my last producer and ended up producing it myself after some creative differences that couldn’t be resolved. That was so liberating for me and I really enjoyed the process in the end. I’m excited about some of the new sounds and players on the record. I found a real attraction to the traditional music sounds of PEI and they have found their way into my music, and with that came collaborations with some amazing trad players from home. I’m also madly in love with Clare MacDonald’s drumming. She’s incredible and brought such life to the songs.

KB: “Waiting on My Love” is sweet and upbeat while looking the hard times square in the face. So redemptive! What was the seed behind this one?

CM: This song is about being in the moment and appreciating exactly where you are. I find it better to lean into the good and bad times, to walk through life’s troubles instead of trying to get around them. It is joyful for me, to recognize that life will always be full of ups and downs and learning to go with the flow instead of always fighting against things.

KB: For the last couple of years you’ve found creative ways to work as a musician without the difficult regime of constant touring. How has this affected your career and home-life? Will you keep up this approach?

CM: The last few years I’ve had the great opportunity to play summer shows at home in one venue for the entire season. That has given me a stronger foundation for my family life and still an ability to make a living.

As long as I’m able to do that I will; it has been very grounding. I suppose, though, that life as a musician will always be unpredictable but I’ve discovered a sense of faith that everything will always be alright in the end.

Catherine MacLellan will be performing at the Deep Roots Music Festival on Thursday September 26 at 7pm at the Horton Performance Centre. The evening will begin with the screening of The Song and The Sorrow.