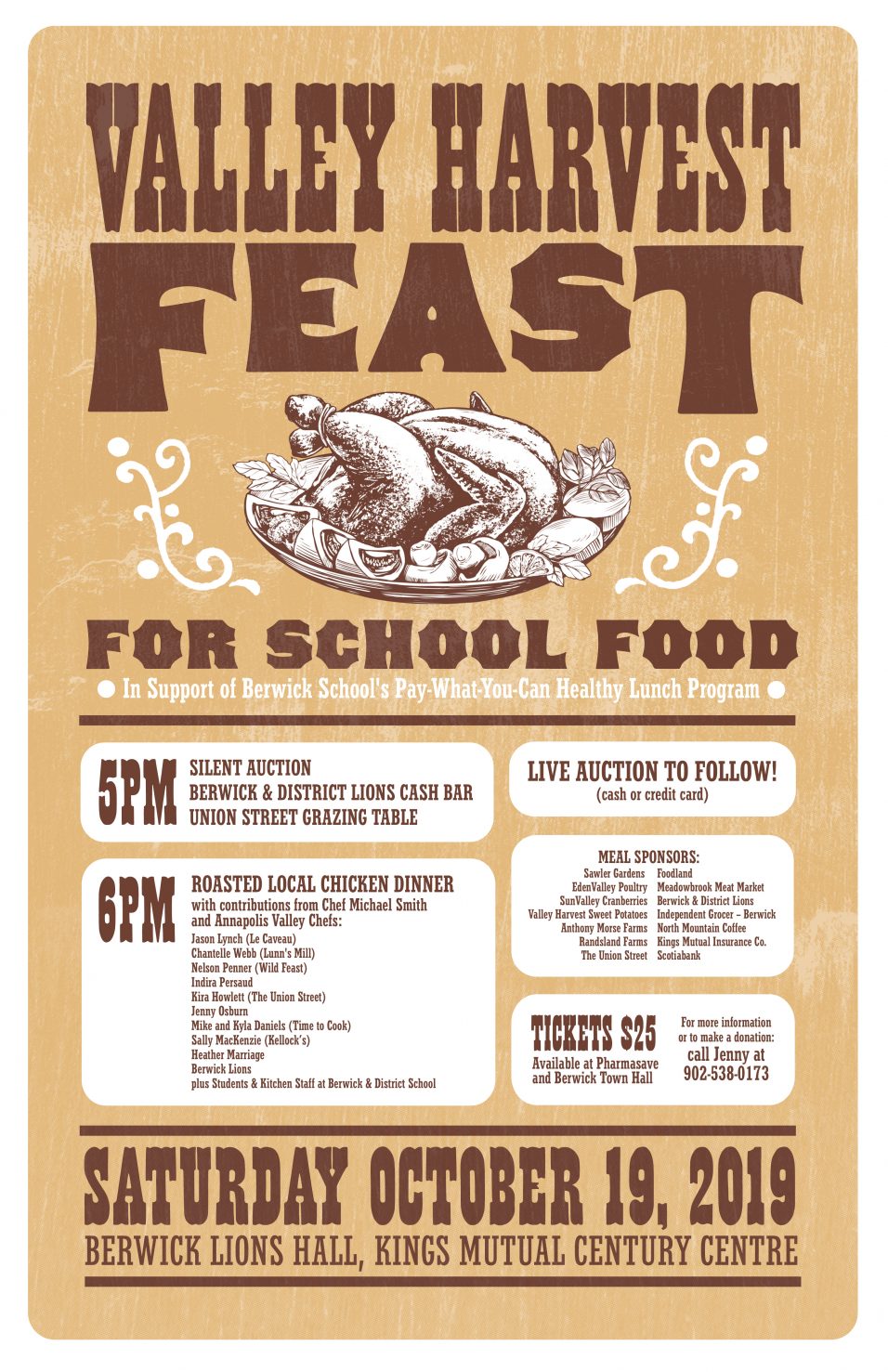 Chefs and restaurateurs from all over the Annapolis Valley will band together at the Berwick and District Lions Hall on October 19 to cook a Valley harvest feast and change school food for the better. Chefs Jason Lynch, Chantelle Webb, and Nelson Penner are part of the culinary team tying on their aprons to support Berwick School’s Pay-What-You-Can Healthy Lunch Program.

The Union Street will start off the party with their famous grazing table, loaded with tasty appetizers, while the Lions open the bar. During this time, a silent auction will be available to patrons. Next, lucky guests will be treated to a local roasted chicken dinner, with each chef putting their spin on an array of side dishes made with produce supplied by Valley farmers. Desserts made with seasonal fruit will be served during the live auction, made by chefs Sally MacKenzie and Heather Marriage.

The Berwick School Food Project, which officially launched earlier this year, has seen a groundswell of support from health workers, educators, students, farmers, and the community. The initiative aims to show that a modest investment in healthy, delicious meals that are within the financial reach of every family pays off in widespread positive change, extending far beyond the schoolyard. A fully confidential ordering system ensures that every student at Berwick is warmly welcomed at lunch time to help themselves to the same hearty meal, including a fully stocked salad bar, fruit, and a drink, whether they’ve paid full price or not.

The group hopes that the Province will fund a similar program for every student in Nova Scotia, looking to boost the local economy, instill lifelong healthy eating patterns that would slash future health costs, and make learning more equitable, helping to break the cycle of poverty so many Nova Scotians experience.

The program is also just plain fun for kids, as they get to customize simple, appealing menu items like bean and chicken tacos, butter chicken, and burgers made with local beef on a whole grain bun with a toppings bar.

Supporters of the program include The Food Network’s Chef Michael Smith, who can’t attend in person but has provided his Roast Chicken With Apples and Cider recipe for the event and prizes for the auction.

The event gets underway at 5pm Saturday October 19 at the Berwick and District Lions Hall in the Kings Mutual Century Centre (250 Veteran’s Drive, Berwick, NS). Tickets are $25 and are available at Berwick Town Hall and Wilson’s Pharmasave (Berwick location), as well as online at eventbrite.ca. For questions, please contact Jenny Osburn at (902) 538-0173.

Jenny Osburn is the author of The Union Street Café Cookbook. Her second collaboration with Laura MacDonald of Deep Hollow Print, The Kitchen Party Cookbook, is now available! Find her recipes at jennyosburn.com and see what she’s up to on instagram at jenny.osburn 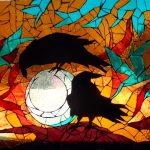