“This is the First Annual Harvest Dinner and we are excited to partner with chef Nelson Penner to honour the many local farms, orchards, and vineyards,” says Erika Banting of the Tattingstone Inn.

The dinner will feature eight dishes, each created to highlight the many diverse products grown in the Annapolis Valley. The event promise to be an extraordinary evening of exquisite flavours. “We have invited eight local vineyards to provide a vintage wine from their cellar,” says Banting. “Nelson will create a dish to compliment each wine thereby creating a distinctive culinary experience. Several of the wines offered have been aging for up to ten years and we are excited for our guests to taste these local wines from the cellars of our talented winemakers.”

On the menu will be chef Nelson’s spin on a few classics, including oysters Rockerfeller, duck confit, and juniper venison.

The event will take on Thursday, October 24 on site at the historic inn. Originally known as Thompson House, the Italianate-style home was built in 1874 as a farm house and home to an early mayor of Wolfville. Now a registered historic landmark, the home was once occupied by Leslie R. Fairn, an outstanding Canadian architect who designed many public buildings in Nova Scotia and Wolfville. He lived in the house for over 35 years, and during that time he supervised the construction of Acadia’s University Hall, as well as many other buildings in the area including the McConnell Dining Hall, and Eastern Kings Memorial Hospital.

In 1987, the property was purchased by Halifax restauranteur Betsey Harwood and, after extensive renovations, transformed into an elegant inn. The name Tattingstone comes from a small village in England where some of Harwood’s ancestors once resided. Randy and Erika Banting bought the inn over 15 years ago after falling in love with the area and the inn.

The Tattingstone is now regularly offering special dinners. In addition to the First Annual Harvest Dinner, monthly pop-up Wild Feast Dinners with chef Nelson Penner also take place at the inn. Using his own organic farm as the base for his menus, along with the fruits of his labour foraging the Annapolis Valley for the finest ingredients, each month is a new seasonal offering.

And as fall takes hold in the Valley, there’s little doubt that this October, the Tattingstone Inn will be a beautiful spot to take in the view, and indulge in the very best of the harvest season. 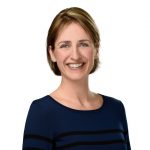