Building Equality in Architecture Atlantic (BEA Atlantic) is proud to present the second feature in its film series which debuted in May 2019. The BEAA Film Series aims to bring films relevant to the architecture and design disciplines to Atlantic Canada, with a particular focus on the roles that women and other underrepresented groups have played in shaping the design professions.

The film being presented for the October feature is City Dreamers, a film by Joseph Hillel, Maison 4:3 and Couzin Films. In City Dreamers we meet Phyllis Lambert, Blanche Lemco van Ginkel, Cornelia Hahn Oberlander, and Denise Scott Brown, four trailblazers who became accustomed to being the only woman in the room. Each has an extensive list of accomplishments in architecture, planning, and landscape architecture dating back over 60 years, and has taught, mentored, and inspired generations of professionals. How have they envisioned our cities?

Through original interviews, archival material and stunning cinematography, documentary filmmaker Joseph Hillel uncovers how each of these strong, independent thinkers has shaped the cities we live and work in. As the world becomes increasingly urbanized, the insights of these forward-looking women who have built social and environmental values into their work seem more relevant now than ever.

City Dreamers will be screened on October 10, at 7:00pm at the Al Whittle Theatre in Wolfville. All are welcome to attend. Tickets are available on Eventbrite. See beaatlantic.com for further details. 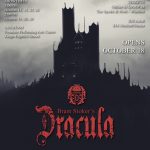