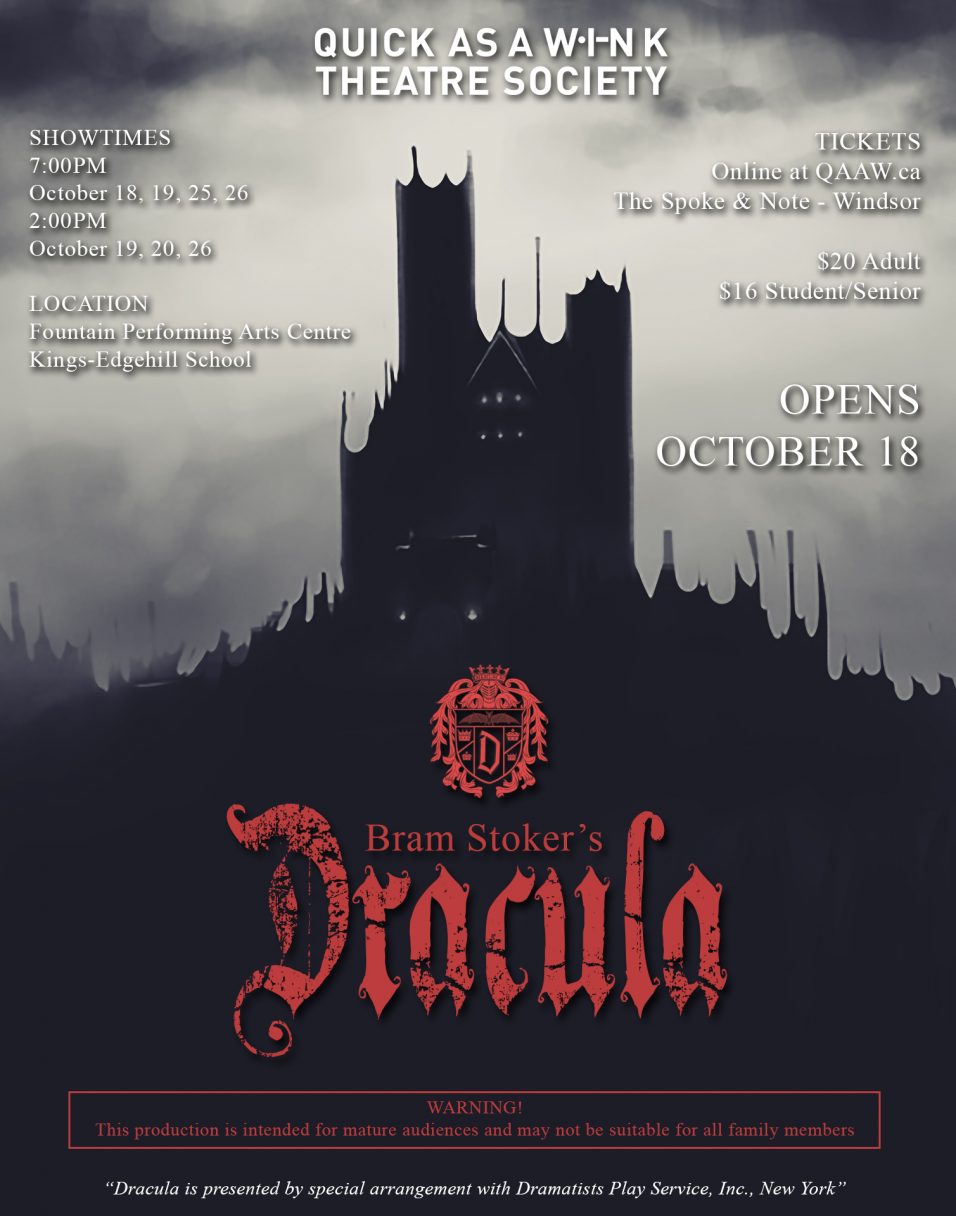 “I want your fear! For your fear, like a current, rushes through your body. Your fear makes your heart pound, it renders your veins rich and full. Your fear hemorrhages deliciously within you!”

These brilliant, poetic words are the work of acclaimed author Bram Stoker, from his 1897 classic novel Dracula. Through Stoker’s words, the story of the most famous vampire ever leapt from the pages and burned itself into our literary culture. From the pages of the novel, the character of Dracula graced the silver screen in adaptation after adaptation and Dracula has become a pop culture phenomenon from kids’ movies to music as the poster boy for charismatic death and pained afterlife.

In 1995, acclaimed playwright Steven Dietz took on the daunting task of adapting Bram Stoker’s Dracula for the stage. Within the pages of the script, Dietz flawlessly restored the suspenseful and seductive world that Stoker had created in his novel. And now, for the first time ever, Valley audiences will be able to see Dietz’s celebrated adaptation come to life on the stage as Quick As A Wink Theatre Society presents the play, just in time for Halloween!

Through countless incarnations on the silver screen, from actors Bela Lugosi to Christopher Lee to Gary Oldman, the character of Dracula has struck fear in his viewers for decades and now, the stage will become Dracula’s lair as Quick As A Wink and directors David Myles and Lilly Ashdown bring the stage adaptation to audiences craving dynamic performances, period costumes and settings, and a lot of blood and theatre magic! The directors have meticulously researched the detailed script and have assembled a dynamite ensemble of actors and stage crew to bring this story to the stage.

As Dracula begins to exert his will upon the residents of London, the prominent characters (Seward, Harker, and Van Helsing) try to piece together the clues of Dracula’s appearances in a valiant attempt to save themselves from a hideous fate. The script is rich with both humour and horror and directors Myles and Ashdown have found a beautiful balance. Audiences will encounter famous literary characters like Lucy, Mina, and Renfield, as well as Count Dracula himself. 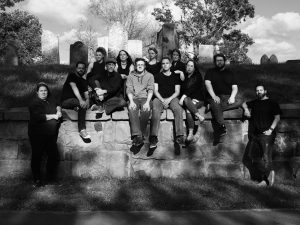 Please take care as you ponder coming to see this production: this is not a family show and the parental warning refers to stage blood, scary images, and themes not suitable for a young audience.

Dracula will make a bloody good edition to your autumn entertainment so mark your calendars, come sink your teeth into a delectable piece of community theatre! Enjoy the show!

Dracula is being performed at the Kings-Edgehill School Fountain Performing Arts Centre, Windsor on October 18, 19, 25, and 26, with evenings shows starting at 7:00pm. There are also matinee performances on October 19, 20, and 26, starting at 2:00pm. Tickets can be purchased at the door, but it’s strongly recommended getting yours in advance online at QAAW.ca or at The Spoke & Note, Windsor. Tickets are $20.00 for adults, $16.00 for students and seniors.

Quick As A Wink Theatre Society is a non-profit, charitable, community theatre group entertaining West Hants, Nova Scotia and beyond. Quick As A Wink’s objectives and performances are conducted and achieved entirely by volunteers and non-profit means. For questions regarding Quick As A Wink please send emails to info@quickasawinktheatre.ca.