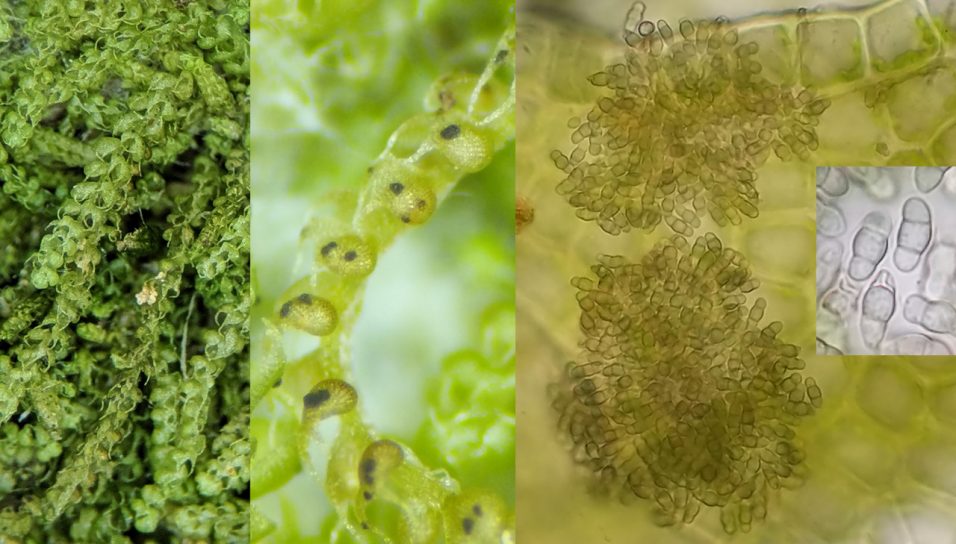 When most people think of fungi, it is usually mushrooms and mouldy bread that come to mind, however an incredible diversity of fungi exist all around us. Many species go without being noticed because the body of a fungus is essentially a network of microscopic filaments. These filaments snake through all manner of habitats where they are not easily seen, such as in the roots and shoots of plants, or the dust in our homes. This growth form is so successful that they are virtually ubiquitous in the world, growing in and on everything. No matter where you look, you are almost certain to find species of fungi that are specifically adapted to live there.

The forests of Nova Scotia are absolutely full of fungi, growing even in the most obscure places. To give an example, a plant related to mosses called rustwort (Nowellia curvifolia) can be found growing on rotten wood on the forest floor of mature, humid forests. The leaves of this small plant sometimes get parasitized by an unidentified fungus, seen in the pictures, which grows its filaments over the surface of the leaves, penetrating individual plant cells and digesting the contents. Eventually it produces gray masses of spores on the leaf surface order to disperse itself. Tiny fungi like this one are extremely common and can be found in every tiny nook, such as on old spruce resin, fallen tree branches, or even individual grains of pollen.

For mycologists, scientists that research fungi, discovering new species is not unusual. Although approximately 100,000 species are currently known, it is thought there could be anywhere from five million to tens of millions of species on Earth. If these estimates are correct, more than 95% of all fungal species have yet to be discovered. These estimates are usually calculated by coming up with a ratio for the average number of plant-associated fungi per plant species. Overall, it is thought there are anywhere from 6 to 18 fungi for every plant species. That would mean that Nova Scotia’s approximately 2000 plant species host 12-36,000 species of fungi. Yet more species are associated with other organisms like insects. At the very least, there are probably well over 10,000 species in Nova Scotia, the majority of which have yet to be reported in the province, or even discovered at all. Clearly, the fungi are a testament to how little we really know about nature. 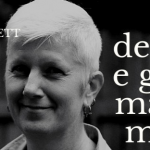