Amos Lawson Hardy was born on October 4, 1860 at Allendale, near Lockeport on the South Shore, yet it was in the spring of 1892, when he moved to Kentville and began work as a photographer, that he left a mark on his profession which lasted long after his death in 1935.

In 1847, almost a hundred years after the expulsion of the Acadians, Henry Wadsworth Longfellow’s poem, “Evangeline,” was published in Boston. In it, Longfellow immortalized a people, a place, and time, transforming historical fact into romantic legend. Enormously popular, “Evangeline” created a way of thinking about life on the shores of the Bay of Fundy that became the basis of late-nineteenth century tourism in Nova Scotia.

An integral part of promotional efforts by government, steamship lines, and railways was the landscape photography of Amos Lawson Hardy. At this time, the Nova Scotia tourist industry had already begun to gain momentum. Improved transportation connections provided easy access for the thousands of Americans who flocked to the province from the cities and textile towns of New England. Kentville, the commercial and administrative centre of King’s County, was fast becoming a popular resort base.

By 1892, Nova Scotia was “the coming vacation place for Americans.” Its beauty and simplicity, and its “balmy and health giving ozone,” it was claimed, made Nova Scotia unique among summer resorts. Perhaps 25,000 American tourists visited the province annually early in the 1890s. 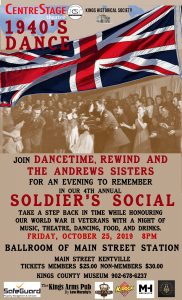 In 1895, the Dominion Atlantic Railway, formed by the amalgamation of the Yarmouth and Annapolis Railway with the Windsor and Annapolis Railway, opened a New England agency in Boston with Kentville landowner, John F. Masters its head. Newspaper publicity was increased, and pamphlets and other literature describing DAR services were distributed, and Charles G.D. Roberts was contacted to write a guidebook that would attract tourists. The railway company established its own steamships on the Boston-Yarmouth run, engaged in a bitter rate-war with established carriers on the route in 1899-1900, and bought out the Yarmouth Steamship Company in 1901. Six years later the DAR’s tourist traffic reached a peak: the company’s steamships alone brought more than 30,000 visitors to Nova Scotia. Photographs by Hardy began appearing in all DAR promotional literature produced after 1900.

In 1902, or thereabouts, Hardy published, privately, a selection of almost 100 views under the title The Evangeline Land, which included photographs made along the length of the DAR from Yarmouth to Halifax. The majority of views were taken in Kings County and here the skill with which Lawson Hardy practiced his craft was evident. There were illustrations of the Acadian willows and well at Grand-Pré, pictures of Port Williams at high and low water to demonstrate the phenomenal range of Fundy tides, collages of orchards and apple trees in blossom, a view of the village of Grand-Pré with sweet innocence, a child, at the focal point, and a modern conception of the maid Evangeline in 1901.

The dissemination of Hardy’s images in regional guidebooks and promotional literature may also have enhanced the sale of mounted prints of scenes on display in Hardy’s Kentville studio, but there is no doubt that Hardy’s work contributed to shaping popular perceptions of turn-of-the century Nova Scotia beyond the (geographic boundaries of the province). 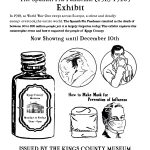 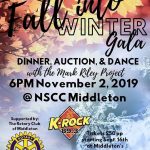