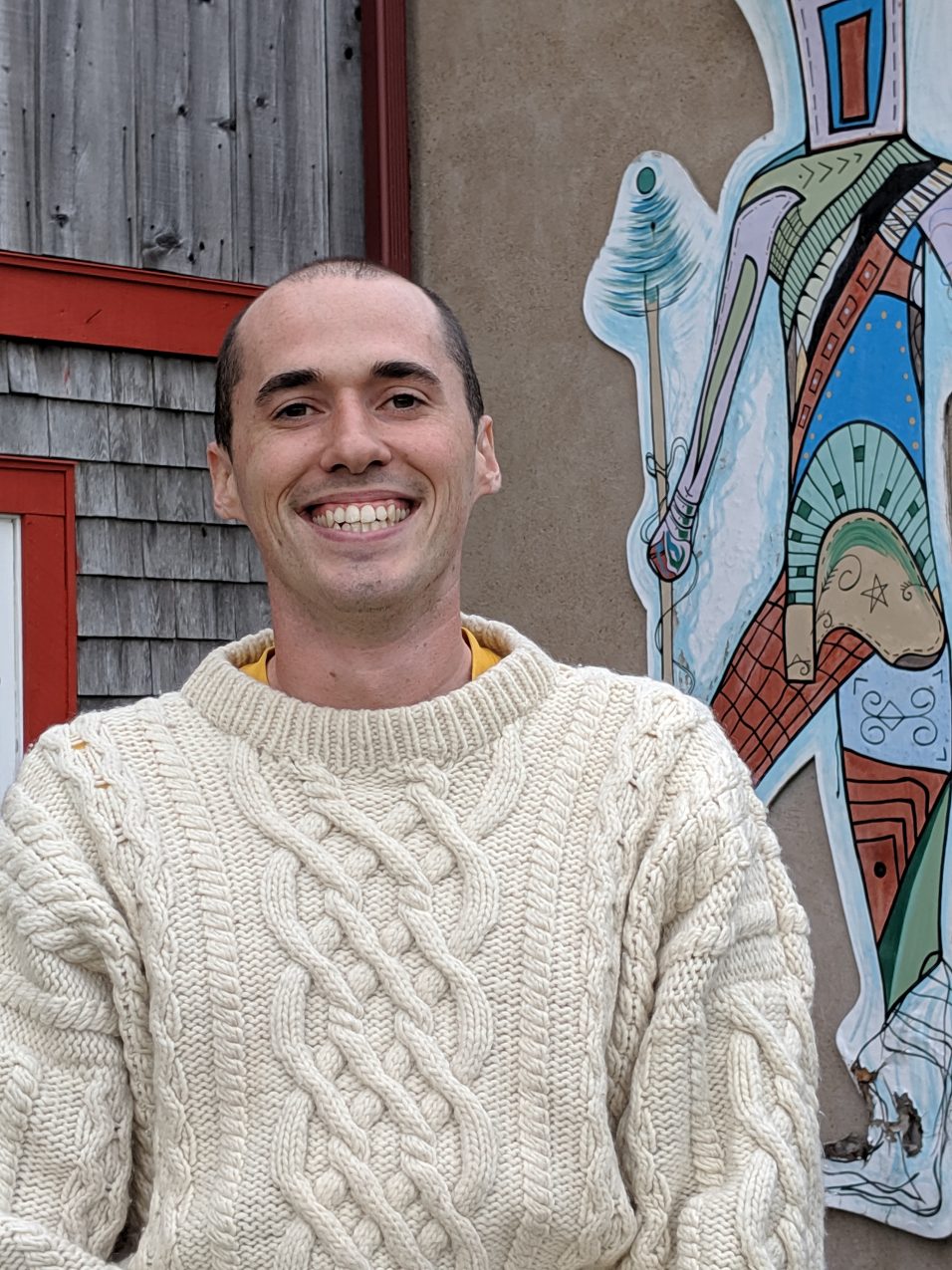 Ian Funke-McKay seems the perfect fit for his new position as arts programming director at Ross Creek Centre for the Arts in Canning. His generous smile exudes enthusiasm while guiding visitors through the main facility, past gallery spaces and rehearsal halls and a group of home-schooled children here for an arts experience. He knows firsthand what this place offers. Having grown up in Scots Bay, he spent his summers immersed in the various youth programs at Ross Creek, and by 2013 was involved in facilitating a number of their summer and March Break workshops himself. The experience played a huge role in encouraging him to pursue a career in the arts.

He grew up in a creative family (his mother is acclaimed writer Ami McKay), and studied landscape painting under another local artist, Ron Hayes. Attending NSCAD University was the natural next step, and he graduated in 2014 with a bachelor of fine art. It was there he met his partner and fellow artist, Bree Hyland. Together they decided to leave the city for a rural setting where they could nurture their artistic ambitions. Coming home to Scots Bay felt right, and Ross Creek had an eye on his future.

Funke-McKay’s own art practice is diverse, including painting, sculpture, digital fabrications, and virtual realms. The desire to continue expanding and growing as an artist has involved numerous residencies and projects locally and across the country, including time at the Centre for Art Tapes in Halifax, The Vermont Studio Centre in 2017, and The Banff Centre in 2018. A month spent in Turkey in 2015 ignited his interest in medieval forms and architecture. Most recently, his work has been showcased in a solo exhibition entitled “Serpentine Signs” at the Confederation Centre of the Arts in Charlottetown.

Ross Creek opens up another level of opportunity. As arts programming director, Funke-McKay is responsible for ensuring their gallery hosts important exhibits each season. He organizes youth workshops for summer and school breaks (ages 4 to 18), and leadership workshops where participants lend support to the instructors while building their own skills and taking part in academy workshops for free. This means he is working with instructors, volunteers, and various community groups onsite and also through outreach programs in the winter months. There’s also the international residency program offering artists the opportunity to further their art while living at Ross Creek. It’s all part of Ross Creek’s overall vision of “becoming a place for multidisciplinary arts education and development that serves working artists and helps create the next generation of artists of all disciplines.”

Days at Ross Creek vary, season to season, and Funke-McKay welcomes the variety. His favourite part of the job? “Getting to share the art in the gallery, and being involved in the youth projects. The magic and energy is hard to shake off,” he grins, “It made such a big impact on me and now I get to see the journey for others.” He also has hopes for the future at Ross Creek: “More access to the arts. To continue to find ways that work for people, to make new paths. It’s such an important part of cultural exchange. We’re building together, learning about art from around the world and our own unique community.”
Contact Funke-McKay at programs@artscentre.ca or visit the Ross Creek website for a list of all their events and ongoing programs at artscentre.ca. 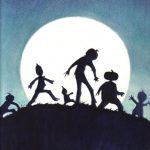