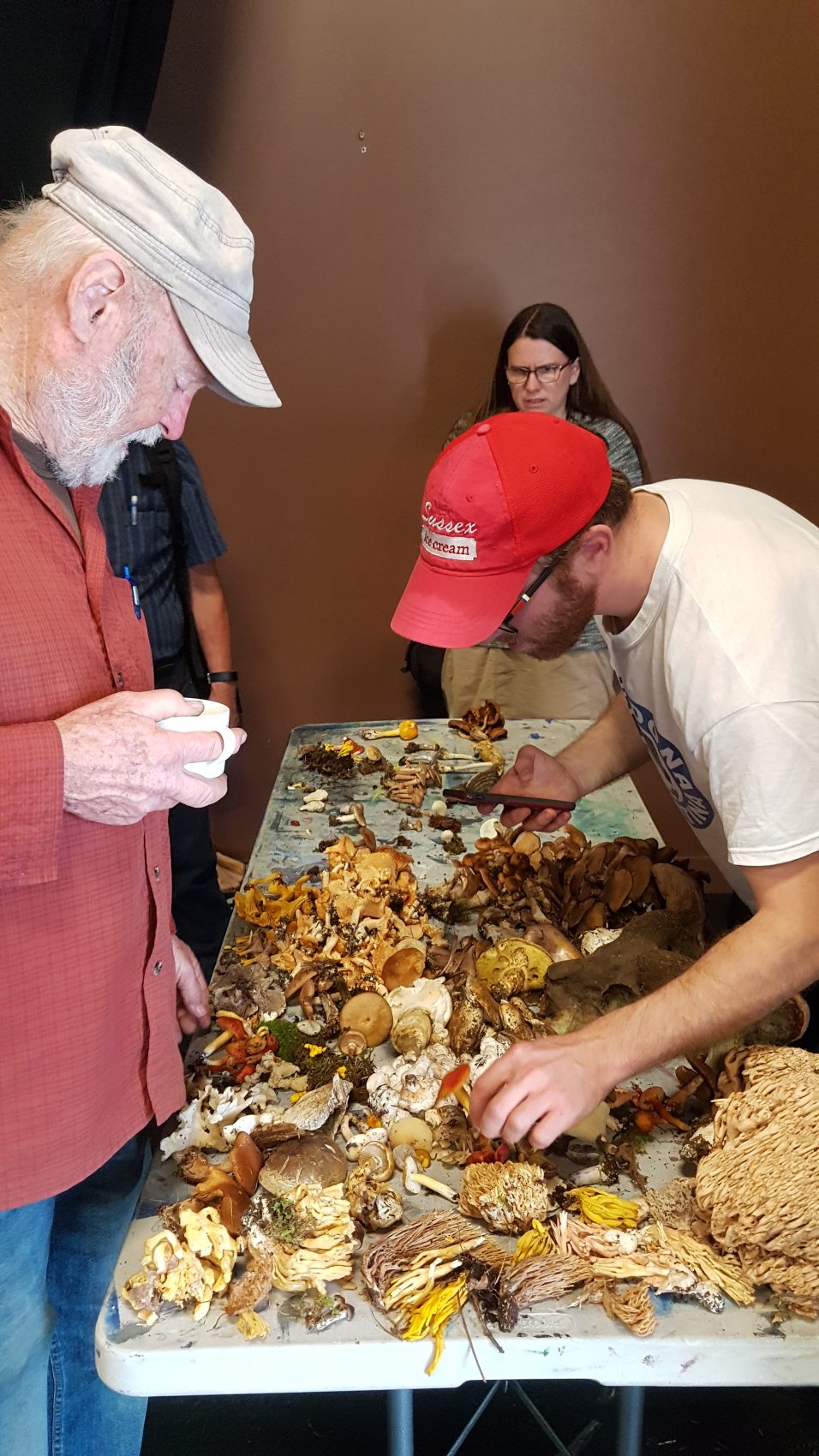 What is a Mushroom Foray?
By Philicity Byers

This past weekend was the 11th annual fall mushroom foray organized by the Nova Scotia Mycological Society, held at Ross Creek Centre for the Arts, near Canning. Upon my return from the event, my roommate asked me what a mushroom foray was, so, to my roommate and anyone else who is wondering:

Most simply, a mushroom foray is an expedition for the purpose of collecting mushrooms, but it’s a lot more than just that. It’s a gathering of people who are interested in unearthing – literally and figuratively – the world of fungi. People of all ages, experience levels, and interests are welcome to join in the festivities, with the main event typically being a guided hike to gather mushrooms.

When you first trek into the woods, it’s like a box of chocolates: you never know what you’re going to get. Each person is searching for the biggest, tastiest, rarest, coolest, or most colourful mushroom to claim as their own discovery. It may help to stick to the front of the group or else you’ll wonder why you aren’t finding any mushrooms as people collect in a frenzy. Throughout the excursion, mushrooms are photographed, harvested, passed around, admired, collected, and transported before later being identified and discussed. Many participants come with charming wicker baskets readily in hand, making it easy to blend in as a seasoned forayer if you bring one along (plus they make great carrying devices).

Following the foray, there is time to appreciate the artistic and scientific wonders of mushrooms: their role in the ecosystem, whether symbiotic or saprotrophic, and their many gifts and services, including nutrient cycling, food, dye, and art. The more practiced participants share their knowledge with newcomers to uncover the identity and unique elements of each mushroom, sometimes employing field guides and microscopy. After a day filled with observing, smelling, and touching mushrooms, you can often count on one last sense and taste the flavours of these delightful organisms once edible varieties are cooked.

These celebrations are one of the few occasions where you are guaranteed to not be the only one in the room excited by mushrooms. It is also probably one of the only times that you will be in a room that is filled with more mushrooms than surfaces to put them on, which is quite the spectacle! It is a time to slow down and appreciate the diversity of mushrooms and their variable forms, identify species, meet with similarly interested folk, and maybe even take a few specimens home to fry up for dinner.

Of course, this is just my perspective on what a mushroom foray is: you’ll have to attend one yourself to see what it’s all about.

This year’s fall foray saw over 100 species of fungi, and over 80 members of the public participated, coming from all over the province. For more information about the club and its activities, visit nsmycologicalsociety.org 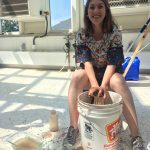