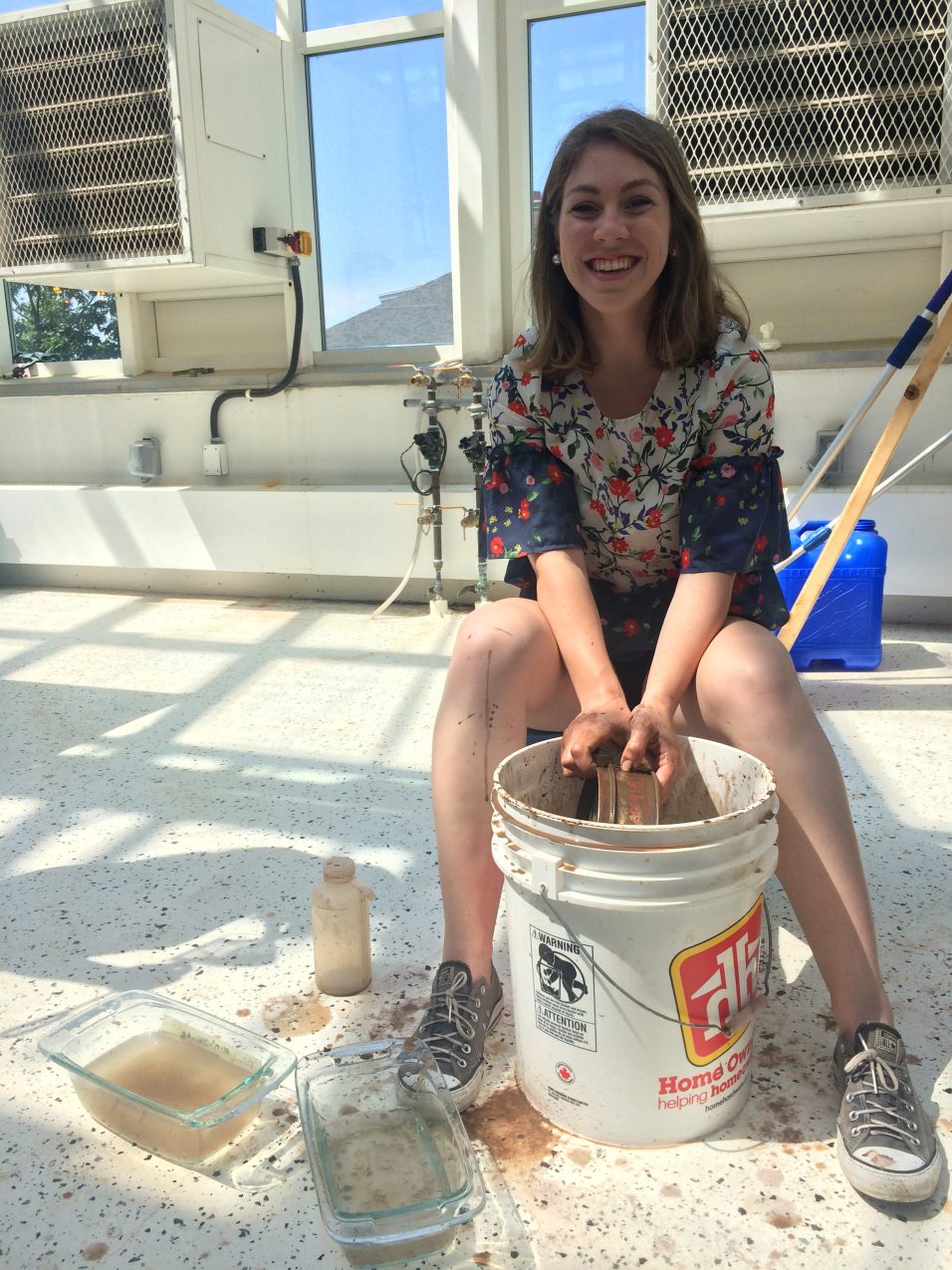 What’s Growing at Acadia: Corophium: A Tasty Feast for Sandpipers
By Sarah Lavallée (Class of 2022)

This past summer was a busy one for student and Arthur Irving Scholar Sydney Scholten. Now in her final year at Acadia, Scholten spent the summer in the laboratories of the K.C. Irving Environmental Science Centre and at Avonport Beach conducting research for her honours degree. Scholten’s honours research concerns what are commonly referred to as “mud shrimp” in the Bay of Fundy. Scientifically known as Corophium volutator, they are a member of a suborder of crustaceans called amphipods. Corophium is actually considered a keystone species in the mudflats of the upper Bay of Fundy, meaning that they play an important role in sustaining the ecological integrity of the local area. Corophium populations in the Bay of Fundy are a crucial food source for migrating shorebirds such as semipalmated sandpipers, who complete an epic 5,000 kilometer journey from their arctic breeding grounds to their wintering grounds in the south every year.

Known as “mud shrimp” because of their burrowing behaviour, Corophium are in fact quite choosy about where they burrow. The size and nature of the sediment and the salt content of the water washing over the mudflat are examples of some of the things Corophium consider when choosing where to burrow. Corophium also tend to choose areas close to other previously dug burrows.

Scholten’s research focuses specifically on whether interactions between members of the juvenile Corophium population affect where they make their burrows. To study this, Scholten collected sediment and Corophium from the Avonport Beach tidal zone and utilized the mecocosm benches in the K.C. Irving Environmental Science Centre to simulate the Minas Basin tides. Juvenile Corophium were then added to pots of sediment (referred to as cores) that either contained other adult Corophium or simply sediment. The juvenile Corophium were then given one week to choose an area to burrow. Scholten is now in the process of sieving the cores and counting the Corophium.

Scholten also completed some behavioural experiments with Corophium. She observed that female adult Corophium engaged in a lot of fighting against other female adults, presumably over previously dug burrows. While male to male fighting has been studied– males tend to fight over females in reproductive seasons– female Corophium have not been known to fight amongst each other. This was an interesting and surprising finding that will no doubt lead to more research on the subject.

Scholten would like to thank her co-supervisors, Dr. Gibson and Dr. Boates, for their continuous help and support, as well as Sabrina Floccari. She would also like to extend her gratitude towards the staff and state-of-the-art facilities of the K.C. Irving Environmental Science Centre. Scholten looks forward to completing her research this year on these fascinating creatures.

Photo: Sydney Scholten playing in the mud while conducting her research. 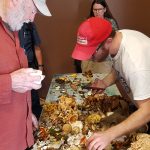