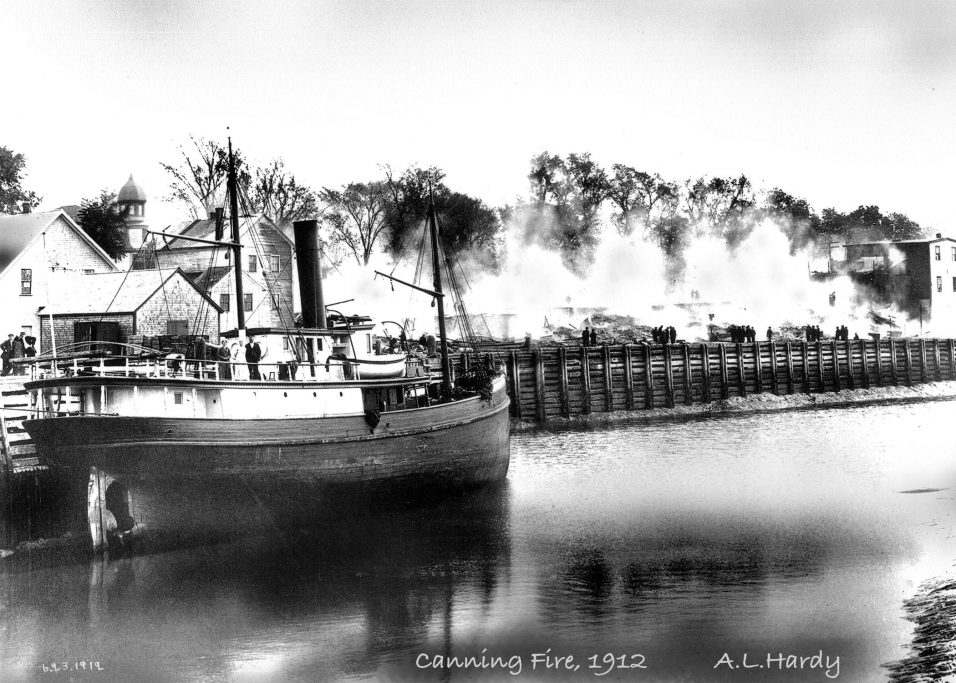 Known early on as Habitant Corner and Apple Tree Landing, the current name of Canning was bestowed in 1830 in honour of British Prime Minister George Canning. Over a century ago, Canning was the home of Sir Frederick Borden, a physician and businessman elected to the House of Commons in 1874. Under Sir Wilfrid Laurier’s administration in 1896, he was appointed to Cabinet as Minister of Militia and Defence. Sadly in 1900 Harold Borden, the only son of Sir Frederick, was killed in action during the Boer War. A monument to Lieutenant Borden was unveiled in 1903 and stands until this day as a testament to the bravery of one of Canning’s own.

Well-known names in the area after 1850 have included Dickie, Rand, Cox, Payzant, Bigelow, Lockwood, Blenkhorn, Northup, Eaton, Sheffield, Wickwire, and Clark. Many occupations contributed to make Canning a thriving community, including shipbuilders, sea captains, merchants, and farmers. Canning also saw its share of tragedy in three devastating fires in 1866, 1868, and 1912.

Canning was the site of the Bigelow Shipyards, located on the Habitant River. The last ship built here, around 1920, was the 435-ton Fieldwood, a general cargo vessel for use in the coastal trade. In 1988 a community group was organized to preserve Canning’s history and became known as the Fieldwood Heritage Society.

The advance in ways of recording these events has changed drastically over the past century. Local photographer Larry Keddy has supplied a reprint of an image taken by Kentville photographer A. L. Hardy of the 1912 fire in Canning. According to Keddy, the steamer featured prominently in the photography is the S.S. Brunswick. The captain was steering the vessel up the Habitant River when he saw smoke rising from the West End of Canning. He was able to bring the vessel to the bank of the river and raise the alarm for help. Word spread quickly and a train carrying supplies to fight the fire was sent from Kentville. Hearing of the developing situation, Kentville photographer A. L. Hardy grabbed his camera and rushed to catch the train to record the event. Once in Canning, he took this dramatic image from the south side of the Habitant River. Both Hardy, and future critics, consider it to be the finest shot of his career.

Following the most recent Canning fire earlier this month, images of the damage have been shared on social media as well as the usual media sources. This aerial image of the damage was shot on October 6 using a UAV. Taken by local photographer Paul Illsley using equipment of which Hardy could have only dreamt, the photo provides a very different perspective of the most recent fire. Illsley’s image, like Hardy’s, recorded a dramatic moment in the life of a Kings County community, and while the technology and perspective differ greatly, the photographs capture a traumatic current event which will long be remembered as part of the history of the community. 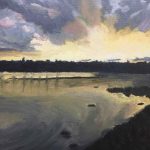