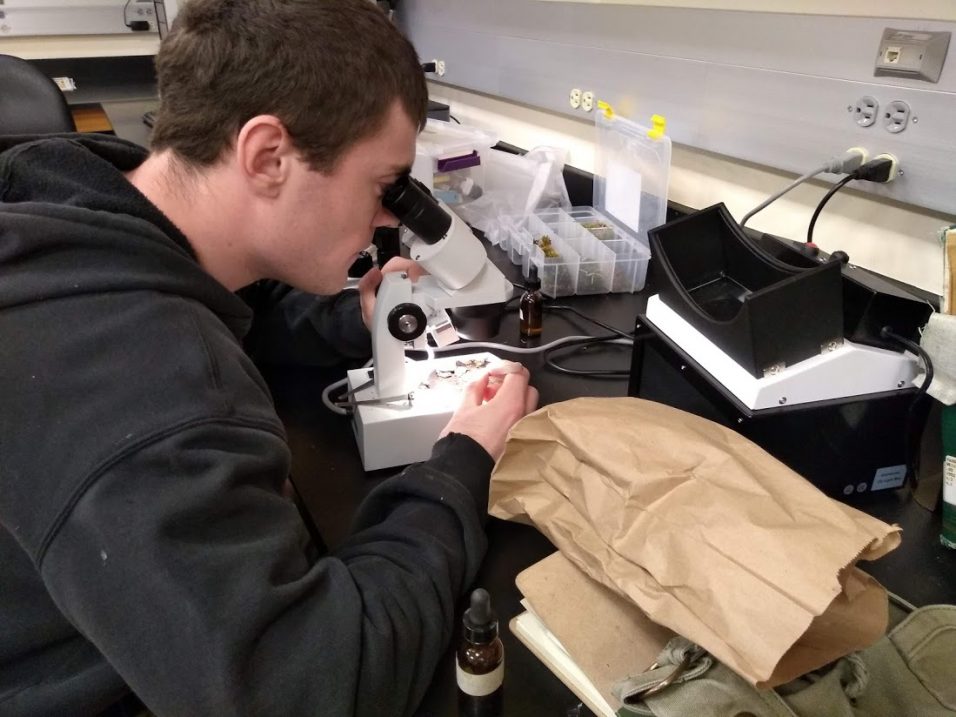 Tucked away on the lower floor of the K.C. Irving Environmental Science Centre, plants, lichen, and fungi are being dried and pressed, then carefully glued to paper. These specimens, preserved and displayed in an almost artistic way, will become part of the E.C. Smith Herbarium and Irving Biodiversity Collection.

The mounting and labelling process is just one step of many that occur at the Herbarium, one of three parts of the biodiversity collection within the Centre. Although the Herbarium moved into the K.C. Irving Environmental Science Centre in 2002, its collection has been growing for well over a century, and boasts the greatest collection of its kind within the Atlantic Provinces.

Fourth-year Environmental Science students Cole Vail and Riley Scanlan have been taking advantage of the resources of the Herbarium. Both students have been conducting research for their honours degrees and making use of the Herbarium in very different ways.

Cole spent his summer collecting and cataloguing lichen species of the Verrucariaceae family along Nova Scotia’s Bay of Fundy coast. He explained that there has been little research going on for this family of lichen in the area, despite the importance of the organisms. Cole explained that lichen can help scientists understand the environments they live in as they are sensitive to pollutants and can act as indicators of both air and water quality.

Throughout his project, Cole visited eight sites around the Bay of Fundy, where he collected new species to contribute to the Herbarium. He noted that he has collected species that have not yet been recorded before in the area.

Like Cole, Riley spent her summer collecting data for her honours project which sought to locate old-growth forests within the Annapolis Valley. Riley underlined the importance of old-growth forests, as they are unique in the wildlife and habitats that they support, as well as their ability to sequester carbon from the atmosphere.

Throughout the summer, Riley conducted 21 site assessments, 12 of which she determined to be old-growth forests. Her project used a geographic mapping system through the Herbarium. The mapping system used satellite imagery to locate sites that looked like they could be old-growth. She shared that her project is important because it pinpoints the locations of old-growth forests within the valley, which is the first step towards sufficiently understanding and protecting these rare sites. 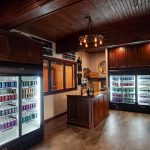 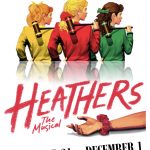