Quick As A Wink Theatre Society presents Sister Act, based on the hit 1992 film. When disco diva Deloris Van Cartier witnesses a murder, she is put in protective custody in a convent! Disguised as a nun, she finds herself at odds with both the rigid lifestyle and uptight Mother Superior. Using her unique disco moves and singing talent to inspire the choir, Deloris breathes new life into the church and community but, in doing so, blows her cover. Filled with powerful gospel music and a truly moving story, Sister Act will leave audiences breathless.

Under the direction of Susan Spence-Campbell, Sister Act features local talent and returning Quick As A Wink actors, including Erica Fitzgerald (Dracula, Legally Blonde) as Mother Superior, Ian Shaw (Glory Days) as Curtis, and Ryan Harvey (The Mousetrap, The Music Man) as Eddie Souther, and, in her QAAW debut, Melanie Bent as Deloris Van Cartier.

Shows will take place at Fountain Performing Arts Centre at King’s-Edgehill School in Windsor, January 31, February 1, 7, and 8, at 7pm, with special matinees February 2, 8, and 9 at 2pm. Tickets can be purchased online at QAAW.ca or by visiting The Spoke and Note in Windsor. 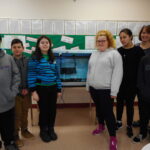 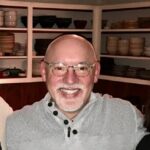