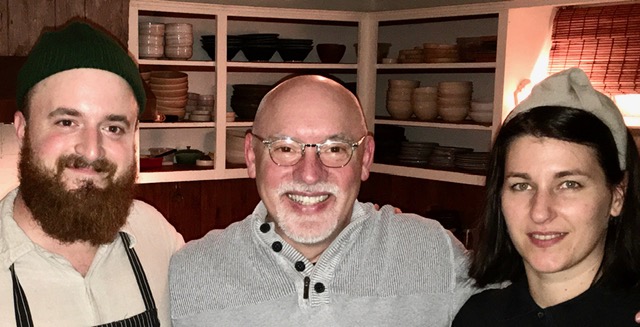 Dinner Out: The Bite House
By Scott Campbell

Tucked away in a remote part of Cape Breton near the town of Baddeck is a small, unassuming 12-seat restaurant called The Bite House. Please don’t let the unpretentious name or its location deceive you into thinking there is anything even remotely ordinary about this place. One Trip Advisor review claimed this was the hardest reservation to get in North America. We booked our reservation on January 4, 2019, four minutes after reservations opened, and were able to get a table for four on a Saturday on November 9, 2019. Confirming their popularity in 2020, there are no longer any reservations available for this coming year, with bookings filling up in minutes once again. If you were one of the lucky ones who managed to get in, this is the type of experience you can expect.

The Bite House is the creation of Chef Bryan Picard and his girlfriend, Marie Isabelle Whitty-Lampron. Chef Picard hails originally from northern New Brunswick but he and Marie Isabelle met in Montréal where he was working as a chef and she was a student of fashion design. They met and decided to leave the faster pace of the city and came to Cape Breton to realize their dream of owning their own restaurant. Chef Picard is in charge of the kitchen while Marie Isabelle masterfully coordinates the dining room.

We arrived a few minutes early (an eleven month wait for a table will make you a little eager when the day finally arrives), and Marie Isabelle greeted us at the door and called Chef Picard to the dining room and introduced us. We immediately felt like we were old friends who had dropped in for dinner, and what a dinner.

The meal consisted of nine courses: four snack plates, then four small plates, and then dessert. The first snack was grilled red fish with maple and tarragon. These fun little fish on sticks were brilliant with sweet maple flavour and an awesome way to begin our experience. Next up were delicious bites of beef tartare on crispy homemade crackers. The addition of parsnips and chanterelles heightened the flavour profile just that much more. The third, perfectly timed, snack was scallop gratin with pickled red onions. The visually brilliant pickled red onions hinted at the richness of the velvety scallops and the flavour combination was fantastic. Our final snack was one of the most imaginative. Good rye sourdough is tasty on its own but when it’s served with bee pollen butter, the game is changed. I’d never imagined a combination like bee pollen and butter before and I guarantee I’ll never forget it now. So good.

Following the snacks, our first small plate arrived: salted tuna, hakurei turnip, sunflowers, and salad burnet. I will admit I was familiar with most of the ingredients but I had never encountered salad burnet before and was, admittedly, searching my plate for a salad. There was none to be found. Salad burnet is actually a perennial plant know for its astringent qualities and those qualities worked perfect with the crunchy turnip and sunflowers that offered a contrasting taste and texture to the silky smooth tuna.

Next up was a delicious combination of potatoes, snow crab sauce, pickled celeriac, and oregano. The delicious rich crab and the tart celeriac combined to create a punch of flavour that was delivered wonderfully on the hearty potatoes.

Grilled bass was the next dish. Served with dumplings and watercress pistou, this was also a very hearty and warming course. The pistou (often confused with pesto except pistou has no pine nuts added) created a brilliant background for the bass, both visually and in terms of flavour.

The pork that came out next was smoked perfectly. The combination of acorn squash again helped warm up a chilly November evening while the currants and sunchokes both enhanced the flavour and offered an earthy background.

The dessert was well worth the wait. A peach sorbet nestled in a yogurt mousse was rich and creamy, while the juniper and flax seeds offered both a contrast in flavour and in texture.

So, Baddeck is a few hours from the Annapolis Valley and you might have to wait until 2021 to get a table, but I can absolutely tell you that the trip, and the wait, is worth it. 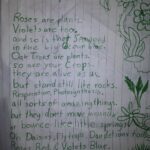