Devour! The Food Film Fest and the Chimney Chefs for Charity recently donated nearly $4,500 to three regional food banks in Nova Scotia’s Annapolis Valley. The funds, which were raised during the 2019 Great Devour! Chicken Dinner and Street Food Rally, were divided equally amongst the Fundy Food Bank, the Canning and Area Food Bank, and the Wolfville Area Food Bank.

“It’s important to us that Devour! gives back to the community while also offering something for everyone at the festival,” says Michael Howell, executive director of Devour!. “From five course meals to free chicken dinners with a food bank donation, we want to give everyone the opportunity to taste great food – no matter their economic position in life.”

The Chimney Chefs for Charity is comprised of two men’s cooking clubs in the Valley: The Nova Scotia Round Table Men’s Cookery Club and Men Who Shall Cook. The two clubs joined forces when cooking years ago in an effort to help their community. Now, approximately twenty members from both clubs come together each October at Devour!’s Street Food Party and The Great Devour! Chicken Dinner – with chicken donated by the Chicken Farmers of Nova Scotia – to cook in support of regional food banks.

The sense of collaboration and community involvement is evident among members of Devour! and The Chimney Chefs for Charity, as described by Pete Luckett, member of The Nova Scotia Round Table Men’s Cookery Club: “These events are a great way to spend a chilly fall evening. We have a fantastic time cooking and serving local barbeque chicken in support of the community. Food banks across our country need help, and we’re thrilled that we can be a small part in making a difference.” 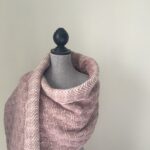 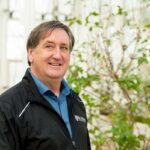