December 2019 brought a special accolade to the Nova Scotia viticulture industry, and specifically to Lightfoot & Wolfville Vineyards. Michaela Morris of Decanter magazine released a list of her top ten favourite wines tasted during the year. Her “Top Ten Wines of the Year from Italy and Beyond” includes primarily Italian wines, one each from Australia, Portugal, and France, and an extraordinary wine from Lightfoot & Wolfville Vineyards in Wolfville, Nova Scotia: their Blanc de Blancs Brut, 2014, (single varietal, 100% Chardonnay, Traditional Method/Méthode Champenoise).

The wine itself is notable for a few things, the first being that this wine is specifically made from 100 percent Chardonnay, and the award coincides with the tenth anniversary of the first chardonnay vines being planted on the Lightfoot & Wolfville property in 2009. It is the only North American wine to be included on this list and the only sparkling wine. Decanter remains one of the world’s foremost wine publications due to their strict policies on judging. The writer was also given the wine later in the year in a blind tasting panel to correlate and calibrate her initial notes.

This is an accolade we can all celebrate as the world stage recognizes the East Coast of Canada for its sparkling wine production of great distinction and uniqueness. Heartfelt congratulations to the winery and the winemaker Josh Horton for this notable and historic review. This inclusion is unprecedented and extraordinary news. 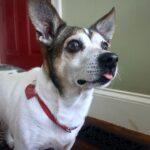