It was day forty of our isolation, but I wasn’t complaining. Unlike many other people, I have lots to keep me busy here on South Mountain: chores at the barn and heaps of firewood to process.

Tilly, our border collie/sheltie cross, had spent the better part of the day on top of our pile of oak logs barking incessantly and trying to dig her way down to something concealed near the top. My first thought was that a squirrel had scampered in ahead of her and was busy teasing her. Tilly and the semi-resident squirrels around here know each other well and their games of chase and hide and seek are frequent and annoying. Since the aging motor on our wood splitter also had the habit of barking and sputtering, with my ear protectors on, I paid little attention to what she was up to on the nearby logs.

She was still barking and flinging wood chips in her quest to excavate her way down through several feet of solid oak when I passed her on my way in for lunch. “A lot of trouble over a little rodent” I thought to myself. I fixed some lunch, ate it, and then settled down for my usual afternoon nap, leaving Andrea, my wife, to go out and round up Tilly so that the squirrel could escape and resume his residence in our attic.

I have no patience for these pesky varmints, particularly when I ponder the damage they might be doing to our home’s electrical wiring. The situation might have provided me with the opportunity to give Mr. Squirrel a one way trip in a live trap to an undisclosed destination, but the oversized blocks of wood I had been handling at the wood splitter all morning had taken their toll so I opted for a snooze instead. When I woke, at Andrea’s insistence, to the knowledge that my assumed little squirrel had in fact been a full-sized raccoon I was not cheered by her revelation.

I was instructed to go to the wood pile and use a long stick to poke the raccoon out and on his way. She didn’t want him coming out in the night in search of one of her chickens for dinner. Given raccoon history around here, I would have been perfectly justified in opting for a more permanent end for the culprit, but something said no. Maybe it’s the mood that these times of trouble have imposed on us, such that life, any life, seems more precious and important than before, so Andrea and I decided that we would keep the dog in while I sent the coon on its way, hoping that in the future, he would show the same compassion for our hens and ducks. Ah, but the best laid plans.

After shining my flashlight into the cavity between the logs above where the dog had been digging, I was met with a pair of shining eyes encased in a large ball of grey fur. The animal had retreated to the narrowest end of the crevice so I decided to take my prod to the other side of the pile: all the while wondering why, since the dog had been away from the pile all afternoon, the coon hadn’t used the opportunity to escape. Shortly after I shoved my stick in, the reason became apparent. I was prepared for the growling and hissing that might ensue when I made contact, but I was not ready for the faint, plaintiff mewling that accompanied it. I stopped my prodding immediately and headed around to the other side of the pile for a better look. It was back to the house for plan B. I took Andrea out for a photo of the little family, which in that short interval had expanded to yet another wet newborn.

Together we decided on a sensible plan of action. To keep them safe from any evil, silent or otherwise, we would make sure they were confined to the small space they had chosen. It would not be normal, ideal, or natural for them but for their safety, it would be necessary. We could avoid contact with them and leave food and water where they could reach it without endangering themselves. It wouldn’t be easy for the mother nurturing the young in the restricted area but she would have to adapt.

Since raccoons are nocturnal animals, and we always keep Tilly locked in after sunset, the mother’s greatest danger would be during the day. Her safety was now our responsibility, so we made up our minds that during the day she would have to “stay the blazes home.” When the young were ready to follow their mother out in the wild, we would trap them all, mum and babes, and take them to a new location safe and far from our poultry and Tilly. It wouldn’t be their familiar old way of life. They would have to adapt to “the new normal.” 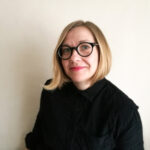