The Canning Kitchen Party is a series that started last summer, as a residency for “Kim Barlow & Friends” at the Village Coffeehouse. The first show had a sold-out crowd and was busting at the seams. As a consequence, Music In Communities Cooperative Ltd was founded. We expanded our scope and started placing shows in different local businesses around town, featuring fantastic local musicians and traditional music of many genres. It was a great success. It turns out people were craving live music. This summer, we’re craving it even more.

The memorable 2020 Canning Kitchen Party is going down exclusively outdoors. We’re maintaining a regime of physical distancing and ten-person bubbles, sanitizing surfaces, donning masks, and staying safe. We’re getting together to play music while the weather is fine, for the sake of our mental health and battered spirits. It’s been a hard go and it looks like it’s going to be strange for a while to come. Our first two shows were planned when we were still only allowed to have gatherings of ten people, so they were tiny shows beside the Merrit Gibson Library in Canning, with the Bombadils and Zakary Miller in the most exclusive performances they’ve probably ever given. The first jam we had, at Kingsport Beach after Chris Robison and Sarah McInnis’s great show, was a little miracle, and yes I cried a bit.

Much of the line-up for this year’s series was already booked before Covid hit, and we have added more in order to help get working musicians back on stage. It has been hard to watch the calendar dates go by and see so many gigs, festivals, and tours that would have been but are no more. And who knows when the next gig will be! These shows remind us who we are and why we do what we do, in a time when the performing artist’s existence feels very uncertain. It’s a chance for these musicians to shine their brightest for you again, something that was perhaps undervalued in the before-times.

We are putting more focus on the jam sessions, too, because people are itching to play. Lockdown was an interesting time for online performances, and it became an unexpected opportunity for many folks to share their music with a lot of people. It highlighted how music brings us together and gets us through hard times.

Music In Communities is also busy developing songwriting/beat-making/improvising workshops for teens, who have had so many activities cancelled this summer. We’re also looking at hosting some jam sessions outdoors, because so many of the community hall jams have been shut down for months. If you’d like to get involved, let us know! Check The Grapevine listings for upcoming shows and events. You can also visit the event page on Facebook, called “Canning Kitchen Party” or contact kimbarlow77@gmail.com for details. 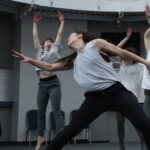 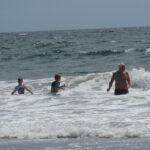