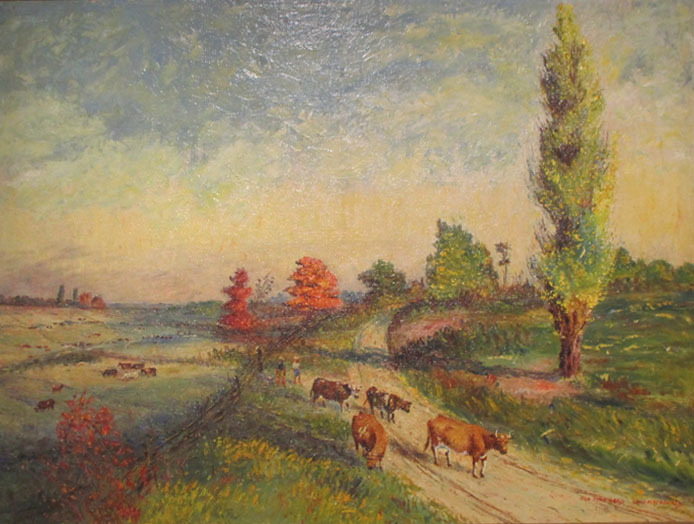 As a kid Geof Turner remembers seeing magical animals on the lawn outside the Charles Macdonald Concrete House Museum in Centreville. The magical creatures are still there thanks to Turner and other dedicated board members, and the unique museum is always worth visiting.

Exhibits change each season at the museum and this year one highlight is a recent donation. Old Dyke Road is one of Macdonald’s largest paintings.
The beautiful pastoral work was received about six weeks ago from a local family, and summer curator Davlyn Laing says the gift “was so exciting and we are so grateful.” Laing says the exact location and date of the 27 X 35 inch painting are a mystery she would love to solve. The art currently on display is all by Nova Scotia-based artists, and visitors, while fewer in number this year, are reacting positively.

According to Laing, the second gallery space is being renovated, and other upgrades are planned for the future. Inside and out of the house, long-time board member Kevin West has been setting up pieces from the Uncommon Common Art series. Many of them relate to the Centreville artist’s folk art and socialist history. He pointed out the expanded grounds were cleared this spring for picnic tables and parking. Additionally the surface of the picnic tables is primed for chalk drawings. Volunteer Rick Ramsey contributed his gardening skills recently to prime the museum for opening.

The museum was built in 1910 of reinforced concrete by Macdonald, who had created a cement factory in Kentville. During the 1930s, he also created a series of unique concrete cottages at Huntington Point. One of them, the Blue Cottage, is owned by the society and fully rented into the fall.

Macdonald was born in 1874 and raised in Steam Mill. He served as a ship’s carpenter from 1898 to 1908. After his years at sea, he travelled extensively, creating watercolours and studying architecture. As a committed socialist, he left his concrete business to his workers when he retired in 1951. Since 1995, the Charles Macdonald House of Centreville Society has managed the property as a Nova Scotia cultural and artistic landmark. The provincially registered heritage property, at 19 Saxon Street in Centreville, is open from 10am to 5pm daily.

Make some art
This month Wolfville artist, teacher, and board member Terry Drahos has organized Sunday Funday Craft Days at the museum for children ages 6-12. They will continue through August. Participation is limited to six children. Anyone wanting to pre-register can do so by emailing your child’s name and age to concretehousestudents@gmail.com or by calling (902) 678-3177. 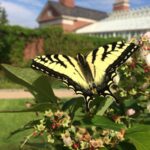 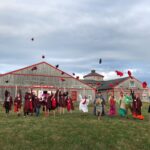