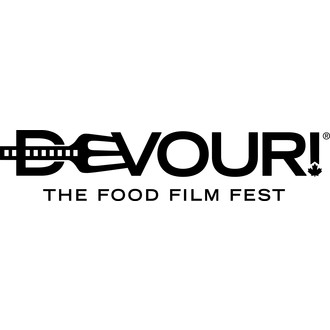 Devour! The Food Film Fest is proving that hybrid is just as mouthwatering as the original with an in-person and digital festival combo. This year marks the tenth installment of the festival, coined Devour! 9.5 to reflect travel restrictions and smaller in-person gatherings.

Organizers promise to deliver all of the festival’s baked-in goodness during the five-day event, October 21-25. “We’re reimagining and presenting the best possible version of Devour! in a new, exciting and safe way,” says Michael Howell, executive director of Devour! “Our goal is to deliver a meaningful and engaging event in a time when people need to connect more than ever.”

Devour! 9.5 will serve up 44 films through a combination of in-person and digital screenings including 19 feature-length films and 25 shorts. This includes the Opening Gala film and Disney classic, Ratatouille, taking place in-person at the Valley Drive In Theatre, and curated by the 2020 festival headliner, Phil Rosenthal who will be joining virtually for a post-film Q&A and interview with long-time friend of the festival and host, Bob Blumer.

“This reimagined festival makes it possible for us to bring Devour! to an even wider audience than before,” says Lia Rinaldo, managing director of Devour! “We hope that this year’s hybrid format helps us welcome a new, expanded fanbase to Atlantic Canada in the future.”

Film highlights throughout the festival include:
• Bread in the Bones: Stories of work and play, of love and loss…and bread. Bread has been at the center of human life and creativity for at least ten thousand years—it is in our bones and a witness to history. This documentary uses bread to explore politics, poetry, and pleasure.

• Free Way: This film delves deep into the mind, heart, and creativity of chef Raül Balam. Achieving excellence in the competitive culinary world is a task, especially under the nose of your own mother, Carme Ruscalleda, a three-star Michelin Chef in her own right. Raül has battled his own demons to be the culinary icon and family man he is today.

• Games People Play: Jenni Toivoniemi makes her feature film debut with Games People Play. An old group of friends gather to celebrate Mitzi’s surprise birthday party over a nostalgic booze and food-fuelled weekend at an idyllic seaside villa—just like they used to do as teenagers—except this time the birthday girl is not pleased about the surprise.

• The Forum: For the first time in the 50-year history of the World Economic Forum, an independent film team was able to shoot behind closed doors. The Forum documents the most powerful people on the planet making decisions that affect us all.

• Chefs & Shorts Gala at the Valley Drive-In: Six gourmet “snacks” will be matched to six different short films, made by our participating chefs and distributed upon arrival. Explore each taste sensation inspired by a movie in the comfort of your vehicle. Three of the six films are from Canada – Brothers; Gustav the Snow Chef; Toto; The Beauty; Egg; Joseba Cruz.

• The Truffle Hunters: Directed by Michael Dweck & Gregory Kershaw, closes the festival and is about the prized white Alba truffle – a pungent but rarified mystery desired by the wealthiest patrons in the world. A combination of live and pre-recorded culinary, beverage, film and TV workshops will be hosted inperson and digitally by returning celebrity headliners.

• Flavorbombs with Bob Blumer and Jason Priestley: Bob will give us a sneak preview of his new cookbook and share some hacks from his culinary travels while he teaches 90210 and Private Eyes star and Devour! Advisory Board member Jason Priestley how to make two recipes from the book. Spoiler alert: Jason is an accomplished cook and may surprise Bob with a trick or two of his
own.

• From Pitch to Panavision: Getting Your Idea Made No Matter How Unique with Dave Erickson: What does it take to develop a pitch into a script, get it financed and filmed? Veteran Hollywood writer and showrunner Dave Erickson (Fear The Walking Dead, Sons of Anarchy, Marco Polo) joins us in person for an intimate conversation with host Jan Miller about pitching films and television and getting it made.

Returning this year is a favourite festival event, Beyond Terroir. In search of the deepest roots of the Gaspereau Valley, the award-winning Benjamin Bridge winery invites guests to its vineyards to learn about terroir beyond the contemporary definition of soil and climate. In partnership with Glooscap First Nation, this unique walking workshop includes Mi’kmaq leadership, cultural representatives and allies speaking on an array of themes, at outdoor fire pit stations where culinary collaborations between the Mi’kmaq community, chefs Jason Lynch & Stéphane Levac, are paired with wine and other drinks.

Devour! 9.5 will also deliver a number of established community give-back events like the Great Devour! Community Dinner and the Mayors’ Bike Ride for Devour!, in addition to the modified Devour! Chowder Smackdown To-Go – all while maintaining physical distance and proper safety protocols. Youth and student programming is also a staple at Devour! and this year is no different, with virtual school programming, the Nourish Nova Scotia & CBC Youth Food & Film Challenge, and virtual Cooking Master Classes for Youth run by culinary instructors and students from coast-to-coast. The full program and ticket information will be available on Wednesday, September 16 at 10am AST on devourfest.com. 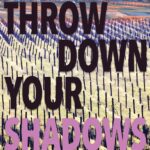