I take a bite, frown. My friend Joss has made ginger cookies, and complains that there were about twenty steps, and six separate spices. A sophisticated recipe for ginger cookies is surely an oxymoron. They taste too complicated to be good. I get out my old friend Nancy’s cookbook, a scribbler in which she wrote out by hand all her favourite recipes—cakes, cookies and “squares”. She gave it to me for Christmas in 1968.

(There are no instructions; Nancy assumed, rightly, that I knew the basics of making cookie dough).

I had been married two years, and was still only 19, when my father offered my husband the chance to run a business for him in Aylesford, Nova Scotia. This was a moribund peat moss bog operation. Henry had been learning the ropes from my father, the peat moss magnate of British Columbia, during summers between our years at UBC.

In April of 1965 Henry and I drove across Canada, from Vancouver to Nova Scotia, following the spring as we travelled. The last leg of the trip was from New Brunswick to the Annapolis Valley. Approaching it from the south, we crested the hill (known, hilariously to us British Columbians, as the South Mountain), stopped and looked out at that peaceful landscape, just coming into the first pale green of spring.

When I was a child, I had four favourite jigsaw puzzles, one for each season (which I’ve never been able to find again), based on paintings by Grandma Moses or someone like her. The Annapolis Valley, as I gazed over it, reminded me of the Spring puzzle from that series – a fairy tale landscape, lost in time. It felt strangely familiar, scaled to fit me, not like the high drama of the BC coastline, with its ever-changing mountains, clouds, and seascapes. This was a vista to comfort. I felt like I’d come home.

Before long we found an apartment in Berwick, and I settled in, at 19 and half way to a university degree, to become a housewife. There was a knock at the door, and the woman from across the street presented me with a homemade cake to welcome us to the neighbourhood. Frances and I became instant friends. The first time I crossed the street to visit her and her three daughters (six-year-old Heather, the youngest, was the giggliest child I ever met), there was a hardcover book prominently displayed on a side table in her parlour. It was called The Cruelest Month. That’s April, I said. “Now, how did you know that” asked Frances, astounded. Well, it’s a line from a poem by T.S. Eliot, I said. She opened the frontispiece to show me the attribution. It was the second book by her cousin, Ernest Buckler, who had written the iconic Canadian novel, The Mountain and the Valley. “Well, aren’t you just the most clever person,” she exclaimed, delighted to know someone who knew about April. Her genuine pleasure was a little thrill, a little shock. Being smart was never a social cachet where I came from, in the era in which I had come of age.

Frances and her cohort, namely the six other wives and mothers who lived on our street in Berwick (population c. 1,000 at that time), met every morning at ten for coffee at one or another of their houses. They would already have long been up, making hearty breakfasts, sending husbands to work and children to school, peeling the potatoes and carrots for “dinner”, the main meal of the day, eaten at noon. They knew every tiny detail of the lives around them, and gossiped and laughed with a gusto that I felt drawn into with a gleefulness to match theirs. How I loved those women! And how they loved me, this awkward, childless young egghead, learning how to bake and cook from them. I only longed for one thing, which was to be invited to join the Wednesday evening sewing circle. This was reserved for Berwick’s elite, and I had to wait several weeks before being asked to join. Perhaps because it was held in the evening, the gossip, as we embroidered pillow cases, aprons, and tea towels, knitted bonnets for newborns, and scarves for husbands, was a little racier, the laughter a little louder and more robust.

In the fall, I reluctantly left the morning kaffeeklatsch, and the Wednesday evening sewing circle, to renew my studies, this time at Dalhousie University. Frances told me that her sister, Nancy, lived in Halifax, and that she would arrange for us to stay with her until we found a place to live. We discovered, fortuitously, there was an apartment right across the street from Nancy, her husband, and her two children. And Nancy and I, like Frances and I the previous spring, also became instant friends. The symmetry of living across the street from each of these two sisters seemed fated.

A shy, awkward, and painfully self-conscious young woman, I came into my own at Dalhousie. I started writing for the Dalhousie Gazette, and quickly got promoted to news editor. I acted in all the campus productions, and became notorious for my role as Mrs. Barker in Edward Albee’s absurdist play, The American Dream. “Are you sure you’re comfortable?” asked my friend Linda (features editor for the Gazette), in her role as Mommy. “Would you like to take off your dress?” “Thank you, I don’t mind if I do”, says Mrs. Barker, and off comes the dress, to reveal a very short red slip with lace around the bust and hem. This caused quite a stir in Halifax (where it was rumoured a student had been suspended the year before for playing tennis on a Sunday), and my scandalous act was the subject of an hour long call-in radio program. Outraged citizens voiced their disgust. Other citizens lined up for tickets.

Through it all was Nancy, having us over for supper (remember, dinner was at noon), laughing at my exploits, cheering me on. Every Wednesday she cleaned the house from top to bottom. Baked every Saturday. Sunday nights she polished her husband’s and her children’s shoes. Every night, after she made all three of their lunches, she and Ern had coffee and some of her baked treats. The very goodies she had written out the recipes for, when I came back to visit for Christmas the year after I graduated.

I didn’t see much of Frances and Nancy over the years. We sent Christmas cards and letters, they continued to follow my path through life with enormous affection and amusement. When my daughter Ivana was fourteen, I wanted her to experience the Maritimes, so we flew to Moncton from Toronto, and drove from there to Berwick. I wanted her to see the Valley as I had first seen it. Of course Frances made a cake, and told Ivana endless funny stories about her mother. Stories polished in the retellings to a smooth patina. The time I persuaded Frances and Nancy to go to a lecture with me at Acadia University. I sat and knitted, they sat and were bored. I asked a question. “She didn’t drop a stitch, and the lecturer had to admit he didn’t know the answer. And she just kept on knitting!” The most notorious of all stories was about the time Henry and I invited the whole neighbourhood to a pig roast in our backyard. Everyone showed up at 6. “Henry, where’s the pig?” Frances asked. The pig was still walking. Henry, who had apprenticed as a butcher in Germany, went and slaughtered the pig, cut it up and roasted it, and we ate at around 10pm. We never did live that one down.

I took Ivana to Halifax and we had lunch with Nancy and Ern, so proud to show us the newly revitalized waterfront. More hilarious stories – the time Nancy had a little gathering after the opening night of The American Dream, and I invited my English professor (on whom I had a torrid, undeclared crush). Ern asked if he could hang up his coat, and the professor handed him a cape. Ern didn’t know what to do with it. “A cape! For a man! Who ever heard of such a thing?”

I told Nancy then how much she and Frances had meant to me, how I thrived and blossomed in the light of their acceptance of me, in their housewifery and motherhood. A few days later, driving to the airport, Ivana said, quite out of the blue, “You know, in the Jewish religion, the highest good you can do is to give someone something without them knowing it, and that’s what Frances and Nancy did for you.” “Yes, I said, “I know. It’s called a mitzvah.”

Nova Scotia, in the person of these kind, generous and funny women, shaped my sense of who I am, gave me unconditional love and acceptance I’d never known before, and rarely have known since.

Roll in balls and dip in white sugar.
Bake 375

The scribbler is torn and tattered and stained with the residue of eggs, sugar and butter. I made Nancy’s ginger cookies during last spring’s lockdown, and shared them among friends and neighbours. This is le vrai ginger cookie recipe – the taste of everything comforting, home-y, familiar. Everyone loved them.

Dedicated to Frances Beattie, and to the memory of Nancy Yeadon. 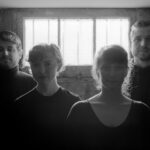 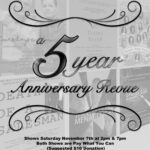