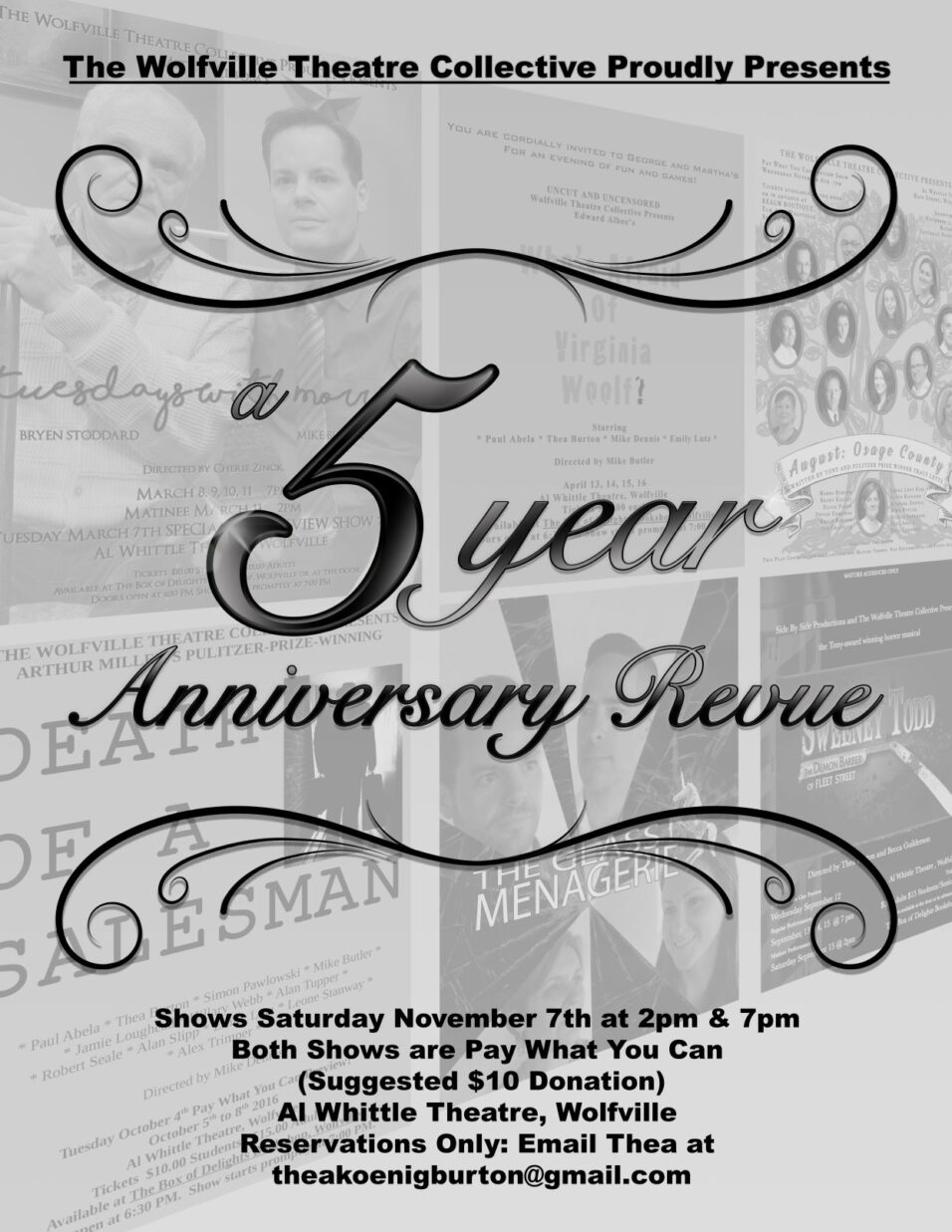 Has it really been five years since the Wolfville Theatre Collective started? Time flies, I understand that, and when you’re immersed in theatre for so long, like so many of us here in the Valley, you just lose track of time (and plays). I only started doing theatre productions 11 years ago (2020 was a write-off), but 75 productions in ten years is a lot (but what a ride!). With the five year anniversary upon us and a dire need to be back on stage after quite the hiatus (still going on), The Wolfville Theatre Collective has decided to bubble up and perform a revue show to celebrate their five year milestone and we’re all very excited!

A five year revue is a way to not only reflect on the journey of The Wolfville Theatre Collective but to also take an opportunity to thank our supporters, reunite with collective members, and add some surprises for the audience, like the launch of our website and possible future show announcements. Theatre has changed so much this year and it’ll be nice to be back in the spotlight and showcase our accomplishments. I still have conversations with Wolfville residents and family about our productions and it’s quite wonderful to know of our impact!

Five years ago a group of theatre enthusiasts got together and decided to put on a show. There was a demand for challenging productions and parts and the WTC began their journey with Edward Albee’s Who’s Afraid of Virginia Woolf?, which was performed twice in a year (in Studio Z and then downstairs at the Al Whittle). I was so proud to direct those productions and took it upon myself to fund the first production, which started this wonderful little theatre company! The actors involved had their dream shows and we decided to then produce Death of a Salesman, The Glass Menagerie, Tuesdays With Morrie, August: Osage County, and we even dabbled in musicals with Sweeney Todd! Audiences responded in droves and the WTC has become a company of top quality shows with heavy, thought-provoking subject matter that is challenging to the audience and the production team.

As a collective we decided to choose great plays, to allow flexibility within the collective to all feel included in the production process, and to always perform at the Al Whittle Theatre to keep that Wolfville feel and vibe to our shows. We’ve worked with the town and university to score a nice range of audience members from teen to senior and our shows are known for quality and lasting thought. We, as a collective, are very proud of what’s been done and what’s to come!

Our five year anniversary revue will feature scenes from these past shows as well as some new material. We have slideshows, intros from the core members, and a bunch of surprises! Shows are being performed Saturday November 7 at 2pm and 7pm at the Al Whittle Theatre, Wolfville.

Both shows are Pay What You Can (suggested $10 donation). We will be following all theatre COVID-19 guidelines to make everyone feels safe and sound, and these two shows are RESERVATION ONLY. No tickets will be sold at the door. So get your bubbles together and reserve your spots by emailling Thea at theakoenigburton@gmail.com. The show must go on! See you there and thank you for your continued support of local theatre! 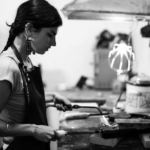