Well, um…don’t really know what to say. It’s been…I mean…wow I mean it’s been a hell of a year like a once-in-a-lifetime kind of year a lot happened a lot of it bad some of it good but a lot to take in

Like in January
Australia caught fire
and that pretty much dominated the news for weeks
but then this thing cropped up in China but early days I was like “So what?” It didn’t really matter because
Prince Harry and Megan exited the Royal family and settled in Canada and England brexited the EU
And a president got impeached
And then Covid forced China to shut down a province of millions and I was like “Whoa….”

In February,
Harvey Weinstein went to jail and I was like “Yay!”
But then the WHO confused everyone by calling the new virus Corona-19, which had a lot of people talking about how Coronas 1 thru 18 were no biggie so this too would pass, just another flu.

In March,
Corona settled in Canada
Italy shut its whole country down
and we officially had a pandemic uniting the world in fear
And then Weinstein got corona and I was like “No!!” I don’t want him to die I want him to sit in a cell for a really long time” and then he got better and I was like “Yay!”
And then everything shut down and toilet paper became a hot commodity while the stock market plunged

In April,
Zoom became a thing while taking showers and putting on actual clothes didn’t
And then the Pentagon showed us videos of UFOs but nobody noticed cause they were too busy noticing PPE , ICU and ventilator shortages
Then researchers created AI software that can evolve without human interference
There were no shortages of anxiety and I was like “Wah!”

In May,
We got locust storms and murder hornets and I was like “What? No way!”
And then the cops were way out of line, and a knee to the throat of George Floyd sparked mass protests around the world and I was like “I wonder if tolerance and justice will spread like a pandemic?”
But then the Karens came out, clutching their pearls, and I was like “Really?”

In June
People started pushing back against lockdowns and I thought “No way, it’s too soon, let’s all be careful”
And then a dead whale washed up in the middle of the Amazon rain forest
and an asteroid passed damn close to the earth but we didn’t even see it coming because we were too busy watching the Black Lives Matter movement take flight
Meanwhile, wearing masks and following rules became political and Facebook wars erupted over selfish people vs sheep and I was like “Come ON can’t we just get on with it and get along?”
But the Proud Boys and gun activists got behind the Karens and the China-bashing and everything looked about to fly apart
and then scientists said they’d discovered a mysterious mass at the earth’s heart and I was like “Don’t EVEN!! Just leave it alone!!”
But THEN they discovered a mysterious, repeating radio signal coming from a distant part of the universe and I was like “Don’t talk to aliens! Stay 6 million miles apart”
And then New Zealand’s Prime Minister wowed us with her humanity, proving you can be a politician and honest and smart too. Who knew?
All the while, people in my neighbourhood were so bored that garden boxes became the new toilet paper And I was like “Nice…”

In July
I was just tired, like can’t this year just be over but no we got
Meth-gators AND flying snakes
and Kanye West decided to run for president and now anybody can be president, you don’t need to know anything

But in August
the experts said you gotta know about climate change cause we now got a firenado wrecking havoc
and you gotta care about economics cause Beirut just blew up because big business and government were too cheap and corrupt to deal with proper storage of highly flammable material.

But in October Trump got Covid and I was like “Yay!” but then he said “Don’t be afraid of Covid. Don’t let it dominate your life” which was kind of dumb as that’s what it had been doing for the last SEVEN months and I miss hugs with friends so I was glad in

November when Trump got voted out whew! Well maybe whew, he’s not gone yet.
Then monoliths started appearing and disappearing all around the world And I was like “Cool”

Now it’s December
and I sit by the ocean, looking up at the night sky, looking up past the street lamps, past the 5G wavelengths and the StarLink satellites, past all human activity, past our fears and squabbles, up at the Christmas Star, the Great Conjunction of Jupiter and Saturn
And it really is great
It comforts me in what has been a dreadful year for Nova Scotians: Canada’s worst mass shooting, the loss of a local Snow Bird pilot, the loss of 6 Halifax-based Canadian Armed Forces members in a helicopter crash and, just last week, the loss of 6 fishermen at sea.
And Covid hanging over all
When the sadness gets hold of me, I reflect on my 2020 hero, a Nova Scotian pilot who, after each tragedy and without fanfare or even announcing it, secretly flew his little private plane on a flight path that traces a heart over each Nova Scotia community grieving for the loss of its members.
That flight plan unites the province in community, binds us together
That flight plan gives me hope.
I see, on the horizon, a vaccine
I see a social lesson that asserts Silence is Violence
A pandemic lesson that affirms a One Health approach which acknowledges the interconnectedness of human, animal and ecosystem health
A global lesson that we are all in this together, whatever “this” is.

And that’s the magic and beauty of the Christmas Star 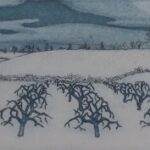 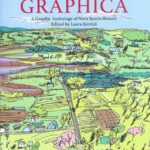