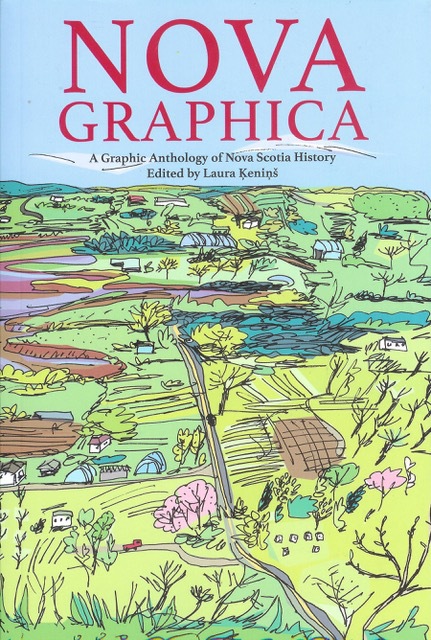 Rum Tales: Down Home Yarns Around a Pot-Bellied Stove By David Mossman
Wolfville’s David Mossman is becoming a prolific writer. In his latest book, published by Pottersfield Press, Mossman sets out a time after the First World War when the men of Rose Bay gather at the local store to trade stories. The collection is focused around Arthur Benjamin Lohnes, who owned the Lunenburg County store known simply as The Shop. From 1919 until it burned in 1957, Lohnes allowed for male socializing and storytelling on Saturday nights in his shop.

Born and raised in Rose Bay, Mossman knows a great tale when he hears one and this selection will take his readers back a couple of generations to small coastal fishing communities that were well acquainted with poverty.
Two world wars, the Halifax Explosion, and the rum-running trade figure significantly. I liked the tale of the crew on the ‘Linda-Jane’ catching a giant sturgeon that ended up being flown to Ottawa and added to the menu of a banquet attended by Queen Elizabeth at Rideau Hall.

A geologist in his first career, Mossman does an able job of imagining conversations around the old stove in this, his fifth book. The Legend of Gladee’s Canteen, about a popular South Shore eatery at Hirtle’s Beach, was his fourth. His earlier works of creative non-fiction include Going Over: A Nova Scotia Soldier in World War I, Oceans of Rum: The Nova Scotia Banana Fleet in Rum-Runner Heaven, and Random Shots.

Small History Nova Scotia By Sarah Spike
A second chapbook in the Small History Nova Scotia has just come out and it, too, includes some small pearls, such as: ‘Complaint is made that some parties continue to tie their horses across the sidewalks. Better stop it. Wolfville December 30th, 1887.’ Here are a couple more: ‘Baked beans and brown bread. Tomato Stew for lunch, at the Evangeline oyster parlor. Orange is $0.20 and $0.30 per dozen Bridgetown December 31st, 1898’ or ‘A sojourner in South Berwick was struck by the appearance of ghosts in a farmer’s orchard at night. The next morning the person, for curiosity’s sake, thought that he would go and examine more fully, and lo! the poor ghosts turned out to be white-washed apple trees. May 10, 1899.’

History collector Sarah Spike got her PhD in 2016. Her award-winning dissertation, which is being revised for publication, is a cultural history of vision and modernity in late nineteenth-century Nova Scotia, informed by sensory history and visual culture studies. For her postdoctoral fellowship at UNB, Spike is researching and writing a cultural history of fog in Atlantic Canada.

A native of the Eastern Shore, Spike created the Twitter account @smallhistory in 2014. It reaches thousands of followers with real daily news from rural and small-town Nova Scotian newspapers, c.1880–1910. The tweets chart seasonal rhythms of labour and leisure, land and sea. The first chapbook or volume one was released in the fall of 2019 and the second one a year later. They sell for $10 and can be ordered via inkwellboutique.ca

Nova Graphica: A Graphic Anthology of Nova Scotia History Edited by Laura Ķeniņš
Wolfville’s Conundrum Press has a new graphic anthology out that brought together 17 illustrators and writers to illuminate tales from non-typical Nova Scotian history. It’s a pretty cool read. Nova Graphica is graced with a beautiful cover drawn by artist Emma Fitzgerald, showing the view from the Look Off in spring.

Inside is a selection of graphic stories compiled by Laura Ķeniņš, a journalist, editor, and former student at the Nova Scotia College of Art and Design. Based in Toronto now, her involvement was prompted by a conversation with artist Sarah Mangle about growing up as an LGBTQ teen in Wolfville in the 1990s. Mangle’s story about a popular store is included in the anthology.

The tales range the length of the province from Sydney to New Glasgow to the North Mountain. Rebecca Roher’s graphic telling of Viola Desmond’s encounter with prejudice and Jordyn Bochon’s version of the well known Theresa McAuley Robinson tragedy are excellent serious pieces, but equally entertaining are the stories of Veronica Post and JJ Steeves.

Andy Brown at Conundrum Press took on the project in all its notable variety of storyline and artform. Unique perspectives and history from different angles make Nova Graphica indeed worth picking up. There’s representation from unheard from communities, folklore, ghost stories, architecture, and more.
The book sells for $20 and can be picked up at the press on Front Street in Wolfville. 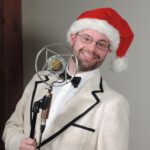