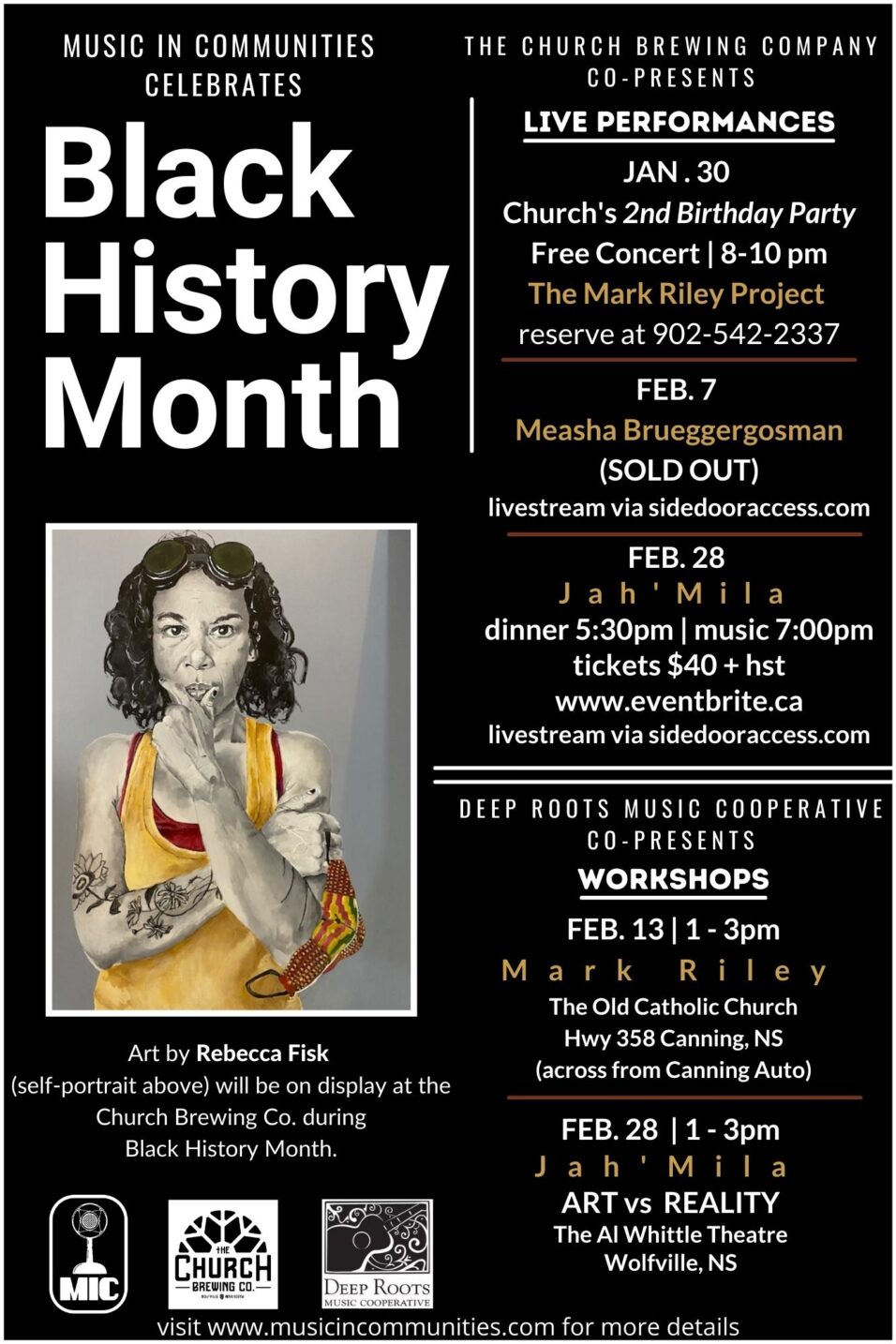 Music In Communities has pulled together some fantastic music events to celebrate Black History Month! We’re collaborating with the Deep Roots Music Cooperative and the Church Brewing Co. to present some shows and workshops featuring some of the incredible talent in this region.

Mark Riley is a local hero who has just released his first album, One Step, and he kicked off our series early, on January 30 at the Church, as part of the Church’s second birthday party. A big congratulations to Mark on his new release, and his multiple nominations for the African Nova Scotian Music Awards! Mark is one of the most in-demand musicians around, and this recognition is well-deserved.

None other than world-renowned opera diva Measha Brueggergosman and her stellar band will be performing gospel and jazz classics at the Church on Sunday February 7. This show sold out in a hot minute! Livestream tickets are available at sidedooraccess.com. Those who heard Measha’s show at the Al Whittle Theatre in December know she has personality to spare, and the power and control of her instrument, and her interpretations of the songs, are thrilling.

Jah’Mila is an up-and-coming performer from Halifax via Jamaica, and also nominated for Emerging Artist at the African Nova Scotian Music Awards. She will be at the Church with her hot reggae band on Sunday, February 28. Jah’Mila has toured as a backup singer for numerous bands including the actual Wailers of Bob Marley fame, and Black Uhuru. Now she is embarking on her own career in the service of spreading a message of love, strength, and positivity with great reggae music. Tickets for this show are available at eventbrite.ca .

With support from the Deep Roots Music Coop we’ll also be offering some workshops this month, to give the community an opportunity to engage more directly with the musicians and learn from them. On February 13 Mark Riley will be at the old Catholic church in Canning. He’ll talk about the history of gospel music, play a few samples, and share a discussion about the songs that are such a formative part of his musical development.

On February 28 in the afternoon before her show at the Church, Jah’Mila will host a workshop at Studio Z in the Al Whittle Theatre. Her workshop is called Art vs. Reality, and was designed for a creative writing class. Anyone is welcome to attend and hear what Jah’Mila has to say about making art and how it can be used for positive change, and the benefits of creating new stories that have the power to alter our reality.

We are thrilled to showcase these powerful artists and celebrate the talent we have in this province during Black History Month. One more thing to look for this month are beautiful, compelling paintings by Rebecca Fisk, which will be on display at the Church Brewing Co. The image on our poster for this series is her self-portrait.

For more information on any of these events, please contact info@musicincommunities.com or visit our website. These are challenging days for so many, and we are working hard to bring music for healing and strength, to help us all through. 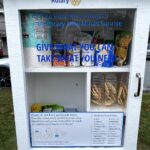 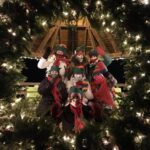