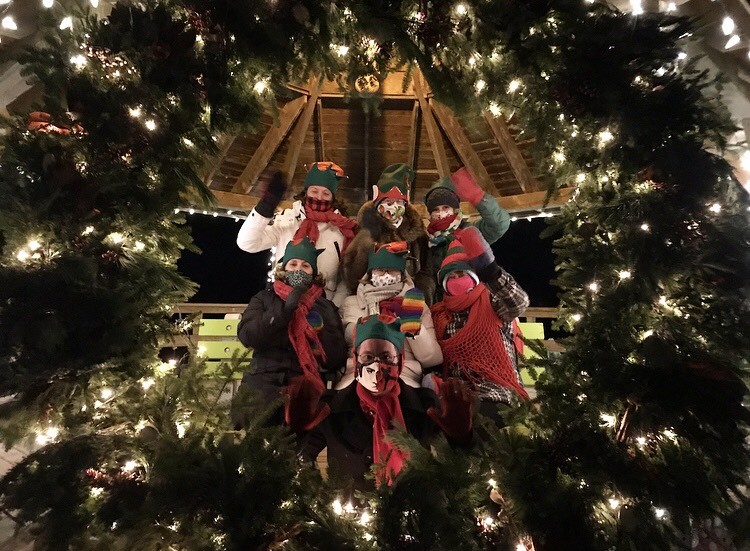 I have never been one to shy away from acknowledging outstanding people and their achievements in my community. For 12 years I have been privileged to write my Uncorked and Who’s Who columns for The Grapevine (happy anniversary month to me!) and this Who’s Who is extremely special to me as it’s my 250th community member profile! With that achievement I have decided to go all-out and feature not one, but SIX important community members. Over the last few months, this dynamic troupe of Wolfville residents have been very much in the spotlight as your newly elected mayor and council for the Town of Wolfville, and I am so proud to call myself the odd man out in this group! Let’s get to know Mayor Wendy Donovan, Deputy Mayor Oonagh Proudfoot and Councillors Wendy Elliott, Jodi MacKay, Jennifer Ingham, and Isabel Madeira-Voss! Council is in session, let’s call this Who’s Who to order!

Mayor Wendy Donovan was born in Moncton, but grew up in London, Ontario. She attended the University of Waterloo with a BA and MA in recreation and leisure studies. For the first half of her career she worked in municipal recreation for a number of municipalities. From there she moved to the private sector as co-owner and principal of a recreation and library planning firm that worked with municipal governments across Canada. Wendy, kin and company moved to Wolfville in 2007.

Having grown up in a big city, Wendy continues to be amazed by the town of Wolfville, the way you can know so many people, if not directly then by association with someone you do know: “I think it is that feeling that you can belong and people care about you in a way that just doesn’t happen nearly as easily in a big city, that continues to amaze me and warm my heart.”

Deputy Mayor Oonagh Proudfoot is a very recognizable name and face in our community. Oonagh is originally from Newfoundland, but left home at the age of 17 to attend Acadia and never really left. She spent six years in Halifax between graduating from Acadia and settling back in the Valley. Oonagh works full-time for the university as the executive director of alumni affairs. Oonagh is a vibrant member of the Wolfville community supporting local businesses, and promoting active living, and she’s never been one to avoid offering advice, direction, and unwavering positive spirit to those around her.

Isabel Madeira-Voss was born in Lisbon, Portugal, moved to Canada in 1961, and eventually found Wolfville in 1987! Isabel retired in 2017 after a 40-year career in adult education and community development with the Toronto Board of Education, NS Dept of Education, and NSCC.

Like most Wolfville residents, Isabel soaks up the geography of our beautiful area. “I love living in an area where I can easily swim in the sea or a river, snowshoe almost from my back door, and enjoy long walks on the dykes and trails as well,” she says. “This area offers tremendous volunteers that make it possible for us to enjoy great movies, theatre, music, art, and local food.”

I would be remiss not to mention Isabel’s connections to the Wolfville business community as her son is owner and operator of The Market on Main Street. Isabel brings a multitude of experiences, abilities, and strengths to this current council.

Wendy Elliott from Kent Avenue, what can I say that hasn’t already been said back when she was featured in this column by herself a few years ago?? Wendy, of all the council, is the person I’ve known the longest and have worked with the closest but never in this capacity and it’s been a wonderful adventure these last few months.

Wendy retired from the local news biz after covering every possible story that came at her, and although she still writes a weekly column, her council duties and community involvement take the front seat. For something like four decades, Wendy covered council from the reporting side. She was first elected in 2016.

Jodi Lynn Mackay was born and raised in North River, PEI, but moved to Hazelbrook in high school. “We bought the house across the street from the farm where my mother was raised and where we spent every Saturday and every summer,” she says. “Family and community have always been very important to me!” Jodi currently works managing a physician’s office in Kentville, and she teaches a technology course at NSCC very part-time.

And what does Jodi find inspirational about this area? “The landscape – it’s just stunning! The view of Blomidon and all the beautiful farmland and vineyards around us, it truly can’t be beat. This little town offers so much, and you can be as busy and social as you like, or you can spend hours roaming trails on foot or on your bike! I enjoy both—so it’s perfect! I moved here knowing very little of the actual space and I fell in love instantly!

Jennifer Ingham was born in Ottawa but has spent most of her life in Wolfville. She is a dental office manager and competitive swim coach with deep ties to Acadia. Jen has only been on council for 3 months: “I don’t consider myself a politician,” she says, “but an advocate for the people of Wolfville.”

Jen follows in the steps of her council colleagues, voicing her deep passion for the landscape, parks, and outdoor trails offered in Wolfville, saying, “what a great source of fitness and absolute fun, but more fun to walk or bike to all the wineries we have here. I love walking downtown and grabbing a coffee and a chat with friends. I love watching sports, either at Acadia or in the community, so I am looking forward to their return.”

After a very tumultuous year pivoting our way through a pandemic, the election campaign trail was a juggling act for these councillors finding new ways to get their names out to the community. With hopes and goals for a new normal, I was curious to see what the mayor and council did during the pandemic to keep busy and keep involved. The conversation quickly ended up going to the dogs! All council members (except that Mike guy) live for their puppies! Mayor Donovan says, “I feel best when out for a walk with wonderdog Tommy the Labradoodle—except those days when he finds a dead carcass or remains of something.” Councillor Proudfoot took up interior painting and re-decorating, and of course, adopted a new puppy! Councillor Madeira-Voss enjoyed reading, HBO, Zooming with friends and, enjoying the outdoors with the dog! Councillor Elliott started a book project, took in lots of the outdoors, and spent many a dog walk at Reservoir Park! Councillor MacKay, who used to never be a gushing dog lover, adopted Mack, the pandemic puppy and now can’t get enough! Councillor Ingham followed suit saying, “My favourite pandemic pastime is playing and training my new puppy Charlie! He’s the best. My husband Dave and I love taking him everywhere with us, but mostly hiking through the woods! Walking in the woods with a dog is the best therapy!” Councillor Butler…walked by himself!

A new year and a new group to represent the Town of Wolfville. We are coming into 2021 with lots of positivity and energy to pivot to something tremendous. Mayor and council expressed many of their goals for this coming year and more. “I believe strongly that each Council can and should have a legacy,” says Mayor Donovan, “and there are a number of opportunities that we have started to consider in these early days of the new Council. It’s going to be exciting!” Councillors expressed a collective desire for continued healthy, active living, as well as tackling issues such as climate change, sustaining Wolfville’s economic vibrancy, the resurgence of the arts, and making Wolfville better than ever before.

If you have any questions or concerns for Mayor or Council, all contact information can be found at Wolfville.ca! To this incredibly strong, passionate group: congratulations and best wishes on a successful term in office, and as the “odd man out” of the group, I am honoured to be sharing a seat at your table. Looking forward to the best Wolfville we can make! Thanks for being my 250th Who’s Who! This meeting is adjourned! 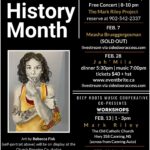