Get the Pirat features folklore stories and true accounts of some of North America’s most interesting historical topics. These include tales of the coolest pirates and treasure, the spookiest ghosts, villains, heroes, and terrifying creatures. Paul Speed, the company’s pirate-loving founder, sees the app as a way to preserve folk tales from a variety of sources, including referencing many out-of-print books or privately submitted local tales, and even real treasure stories, while introducing them to a new generation in a fun, active way. Fun fact: users of such apps have 70 percent higher retention of materials. In the outdoors that’s a great way to teach history.

The Pirat ghost history hunt has a full-time team of three recent university and college graduates that have been crafting a “Histo-Caching” experience that allows adventurers to discover folk stories at relevant outdoor locations. To unlock a story, the Pirat user chooses an adventure from the in-app map and takes a walk, drive, or hike to the indicated point. Some of the locations are tucked away on scenic trails, while others are more accessible in town and city centres.

Arriving at a story’s location will also unlock a character or item to take photos with. Using augmented reality tech, the app allows users to see and photograph models of pirates, grim reapers, and more in eye-catching locales. Once captured they go in your chest, which you can pull out anywhere to show friends or take more fun photos.

In Nova Scotia alone, there are 365 adventures (one for every island in Mahone Bay waters!). If you want to adventure outside the province, there are currently Pirat ghost history stories in locations from Newfoundland to Alberta to Texas.

Get the Pirat is still a work in progress, and the team is working hard to bring adventurers a fun and educational experience. To date, over 20 Nova Scotians have contributed to the app to create music and future digital enhancements that will bring our stories to life. Partnerships with a Halifax agency and a local promotional firm specializing in coding and graphic artwork continue to improve the app every day. Our goal: to make your phone seem like a time machine.

Go to getthepirat.com to download the Get the Pirat ghost self-guided history hunt today, and get outside and learn fascinating stories set in some of the most picturesque places in your region. 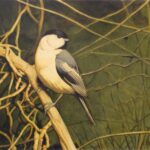 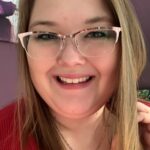