This year, for the first time in more than half a century, the Acadia Performing Arts Series did not present live performances in Convocation Hall or Festival Theatre, its two habitual Acadia campus venues. As we all know, the Acadia campus has been off-limits to the general public since the beginning of the pandemic. It even seems unlikely that we will be able to present performances on campus come next fall.

Normally, at this time of year, we would have released a full 2021-22 Series, nicely presented in our glossy booklet. Thousands of copies of this booklet would have been circulating throughout April, and about 250 people might have renewed their yearly subscription by now, but for a second year, in this Covid fog, it won’t be business as usual. We have three postponed events that have been re-scheduled during the 2021-22 season: performances by Michael Kaeshammer, Laila Biali, and Wonderheads Theatre. We hope that these tours will indeed happen, even if we have to present these performances off-campus. But otherwise, we must wait and see. Agents are calling. Obviously, artists and presenters desperately need to start working again, but everything is still so uncertain that we can only make tentative plans and hope that Covid clears up enough in the coming months to allow us to confirm more events in 2021-22. Things will hopefully become clearer come September.

So, at this point, for a second year, we are unable to offer a full Performing Arts Series to our subscribers. However we promise that we will find creative ways, on our own or in collaboration with our area’s other non-profit presenters (Music In Communities, Ross Creek Arts Center, Deep Roots Music Coop), to present great performances.

As our fiscal year recently ended, we would like to share with you some of what we have been doing this year. Like many presenters, we had to go online. We produced a series of virtual concerts for our members. They were performed specifically for our audience, video-recorded from Nashville, Boston, Ontario, and even Mexico. We also supported the Music in Communities production of a hybrid (live/virtual) Christmas concert performed in Wolfville by Measha Brueggergosman. We are also supporting the production of more upcoming MIC events.

We are proud of these performances, co-produced with the artists themselves. We want to share them with a wider audience, so we are making three of our best 2020-21 virtual performances available for anyone to view anytime for free!

1-A performance for the ages from a legendary Nashville studio by pianist and singer A J CROCE (yes, Jim’s son ) and his full band. Croce is a friend of ours, a friend of Wolfville, and a major Grammy-nominated artist in his own right. The best piano playing in Americana music!

2-A solo performance by the amazing ARI HEST, another American artist who’s made many fans in Wolfville, having performed twice at the Deep Roots Festival a dozen years ago.

3-An enchanting performance by Mexican singer/songwriter TANIA CHAN, direct from Oaxaca. A wonderful artist whom I “discovered” in previous travels to this culturally vibrant city in the south of Mexico.

Go to the Performing Arts Series’ Facebook page (facebook.com/Acadia-Performing-Arts-Series-105215191521). There, you will find direct links to all three performances for you to enjoy whenever you want! (Please, click to “follow” us while you’re there. And tell us with emojis or comments that you are watching).

As we long for the day when the live arts industry will be fully reborn, summer is upon us. I’m optimistic that, in beautiful and safe settings, musicians will be playing, actors will be acting, and dancers will dance. We will have many opportunities to support artists and to share in the connection and the vivid memories that live performances create. 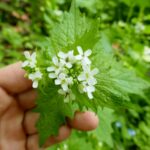