It was a long time coming and there was a lot of excitement when they finally got it. Men and women alike had been waiting for years to get it. They couldn’t have got it at a better time.

The Toit, the round version being most preferable, turned out to be the currency of a revolution. People everywhere were getting it and as soon as they got it, things began to change. Suddenly all those things that should have happened began to actually happen and untold numbers of old promises were being kept.

Renovations and small building projects were at an all-time high and all the niggling repair jobs around the place were being addressed. Recipes that had been languishing in old cookbooks were being dug out and used. Garden planter boxes were being built and plants and shrubs were being attended like never before, lawns nourished and mowed almost to baldness. Overdue tune-ups on vehicles were being addressed. Cars were vacuumed and polished. Finally finishing War and Peace, and, given the somber atmosphere of the pandemic, getting that will written.

Building supply centres, hardware outlets, nurseries, and grocery stores became inundated with orders for supplies to fulfill promises that had lain dormant for years. The shortage of material became beyond frustrating to those who wanted to use this time as an enjoyable working staycation.

The Toit had cast its broad shadow and retailers found themselves running out of supplies. Too many walls were being painted, too many wooden decks being built, too many plumbing projects, too much cement being used—the list goes on and on.

A sad state of affairs for those who have finally gotten around to it. 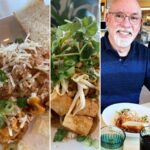