Expanding to six days, FODAR offers live performances inside and out.

One of the very few live performance festivals in the country to run in 2020, Festival of Dance Annapolis Royal (FODAR) returns for its seventh year with a six-day festival which includes its popular Dance on Film evening, last year’s audience hit Market Dances, four evenings of live performance on stage at King’s Theatre and, new this year, a Studio Showing.

Dance on Film
Starring Natalie Wood, Richard Beymer, Russ Tamblyn, Rita Moreno, and
George Chakiris, West Side Story was adapted for film from the 1957 Broadway musical. With Robert Wise’s direction, Leonard Bernstein’s score, Stephen Sondheim’s lyrics, and Jerome Robbin’s spectacular choreography, West Side Story still stands as one of the best Shakespeare adaptations to hit the big screen. The film won 10 Academy Awards for the 1961 award year. Robbins took home two including one for “Brilliant Achievements in the Art of Choreography on Film”.

Market Dances
FODAR moves performances outside to the iconic Annapolis Royal Farmers and Traders Market. Dancers will perform a collection of solos and duets choreographed especially for the festival.

Programs 1 and 2
FODAR remounts the production that started it all. Dancing in the Third Act (2013), featuring The Company of Angels and choreographed by Randy Glynn, will run on all four nights. This powerful and engaging work was a hit with critics and audiences alike. Working with dancers ranging in age from over 65 to 80+, Glynn has created a visually dynamic full-length work that is a poignant, dramatic and whimsical look at the ups and downs (literally) of aging.

Studio Showing
A first for the festival, the Studio Showing will spotlight a work in progress choreographed by Naishi Wang (Toronto), performed by Toronto/Halifax based Nostos Collectives. Individual performers are Jessica Lowe, Anastasia Wiebe, Katherine Semchuk, and Eleanor van Veen.

FODAR Tickets will be on sale in early July, online at kingstheatre.ca and by phone at 902-532-7704. You can find more information at FODAR.ca. 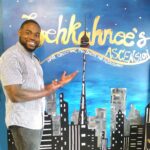