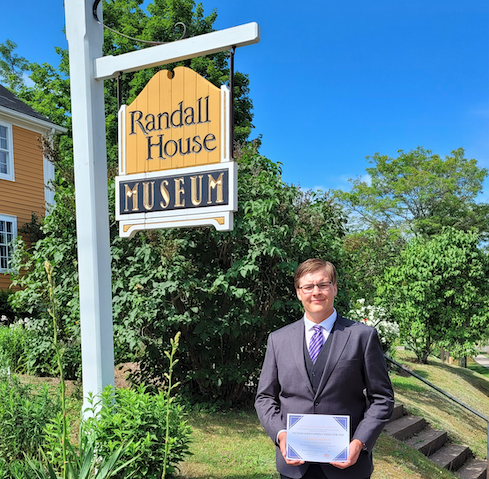 “When you study history, you figure out how the world has shaped into what it is today,” says recent Horton High School graduate Yarrow Bedwin, who recently won the Wolfville Historical Society’s Watson Kirkconnell History Prize.
Yarrow, who plans to pursue a degree in economics at Dalhousie University this fall, adds, “I enjoy learning about everything.” He credits history teacher Brad Richard for bringing the past to life through active class discussions. “I was one of the most vocal in that class, and I intend to include history courses at Dal as well!”

Graduating with an International Baccalaureate (IB) diploma from Horton, Yarrow is capping many life experiences to date in Canada and Europe. For a 17-year-old, he has covered lots of ground: born in PEI and raised in Alberta and Nova Scotia, he also experienced three years living and learning abroad in Ireland, France, Scotland, England, Italy, Croatia, and Serbia, to name just a few.

Perhaps his visits to The British Museum “practically everyday” while living in London, and his international experiences, are signs he was destined to win a local history prize named for the late Watson Kirkconnell, Acadia University president (1948- 1964) and noted Canadian scholar (1895-1977). The society established the prize to honour Dr. Kirkconnell. He carried out local research publications including The Streets of Wolfville 1650-1970 (1970), and Place Names in Kings County (1971). Kirkconnell was a founder of the Humanities Research Council of Canada and the Baptist Federation of Canada. In 1968 he was made an officer of the Order of Canada “for his services at home and abroad as an educator, scholar and writer.”

“We have been awarding this prize for many years, says Martin Hallett, society president. “We are very happy to recognize Yarrow this year and wish him continued success!” 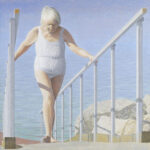