Anyone who has not yet visited Pond View Park at the west end of Wolfville, you can be sure you have found it now, as a sign was recently erected denoting the only town park in the area.

Originally the pond was used for farm irrigation and is it still preserved at the eastern end by the Elderkin family who continue to own the west end of the pond. When the two condominium developments were built, what is now the park was a rock pile covered with shrubs and weeds. The land was deeded to the town as part of the development agreement for the area and it agreed to dump fill in the area during the summer of 2008. Nearby residents cleared the land and agreed to maintain it. Park benches were purchased by the residents, and the two adjacent condos continue to mow the lawn and maintain the gardens.

Neighbours and visitors to the pond enjoy the abundant wildlife including many turtles, great blue herons, muskrats, pheasants, eagles, frogs, and fish. It is a peaceful place to visit.

“Pond View Park has been built as a cooperative effort by citizens and the Town of Wolfville at almost no cost to the town. It is an example of what can be accomplished when the town and citizens work together” said park founder Gordon Lummis. The park was officially opened by Mayor Bob Stead on August 24, 2010. The name Pond View Park was approved by town council several years later. 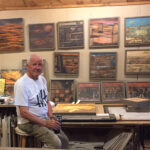 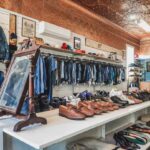