As this issue of The Grapevine goes to press, it is not yet known if the green light will be given to the Sunday Music in the Garden Room concerts waiting in the wings. A full 2021-22 season of chamber music is at the ready. Over the past 18 months, COVID-19 has muted live music on the Acadia campus, following the necessary exclusion of the public, and even students and staff for a long time, from the university grounds. Many people have lamented not being able to attend the Sunday Music concerts, and have expressed the hope that they will soon be able to.

What is in store for October, should the green light be given? On October 17, on Homecoming Weekend at Acadia, pianist Walter Delahunt, a Wolfville native with an extensive career internationally, is scheduled to play works of Bach (English Suite No. 2 in A minor), Beethoven (Sonata in E minor, op. 90), and Robert Schumann (Fantasiestücke, op. 12), in a concert in memory of Felicita Kalejs, who taught in Acadia’s School of Music from 1949 to 1979.

An intriguing variant to the usual Sunday Music fare is the concert on October 24, presented in partnership with Debut Atlantic: The Dinuk Wijeratne Trio, a world-music ensemble composed of pianist, composer, and conductor Dinuk Wijeratne, percussionist Nick Halley, and Tom Easley, one of Eastern Canada’s finest jazz bassists, will bring a program in which traditional and contemporary classical influences, world music, and jazz are performed seamlessly, piano-led and improvisation-based. Wijeratne is probably one of Canada’s most established classical composers, and his works are performed frequently. Acadia’s Performing Arts Series provided a taste of these five years ago, when the Afiara String Quartet performed his stunning Two Pop Songs on Antique Poems that he had written for them. His works have been heard in the Sunday in the Garden Room series, too. He has won JUNO and ECMA awards, as well as the Masterworks Arts Prize, and the SOCAN Jan Matejcek Award, to mention a few. 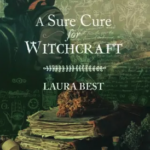