Well, this is going to be a different kind of ‘Who’s Who’. I tend to focus on one community member and usually pick someone who is relatively unknown. Well, with this article I’ve chosen not one but two (even three if you think about it) community members who are very well-known and I am so excited to feature their talents and their joyous personalities with you. I am pleased that our venues are opening back up to feature live shows and music again and this is a duo (trio) that you need to seek out to support and embrace.

John Ebata and Mary Lou Sicoly are brave, dynamic musicians and with the help of my friend and theirs, Mark Riley (the third in the THREE I’ve been mentioning) they’ve recently created a pristine music collaboration. They’re doing some concerts and I am honoured to get to tell you all about them and their project. Because Mister Mark Riley was featured previously in the Who’s Who, he’s no stranger to the paper and the community so I’ll let him sit this one out, but Mark is by no means a minor part of this project.

Mary Lou Sicoly is a versatile talent who sings multiple genres, from classical to world to jazz styles. She is a Juno nominee and recipient of the CARAS and TVOntario music awards, and she is equally adept in the recording studio, having written and recorded for children’s albums, jingles, and backup vocals for numerous projects. Her personality is vibrant and infectious, and music is like oxygen to her. You can follow all things Mary Lou at marylousicoly.com.

John Ebata is respected in all the extended categories of musician, songwriter, producer, musical director, arranger, and recording engineer. This man is a top notch performer and a treasure to have here in our Valley. He was recording engineer for Juno-nominated jazz albums, and has performed and recorded with the likes of Buffy Sainte-Marie and Oscar Peterson. John has popped up in many venues around the Valley and his work is celebrated around the globe. Visit johnebata.com for more about this very talented man.

In chatting with John and Mary Lou, it was evident that Covid has impacted their careers immensely, but we have all learned to pivot accordingly and come up with new ways to express ourselves and roll with the punches. In the Covid lockdown 2021, in Wolfville, John Ebata proposed the project of singing the world’s favourite male-female duets to Mary Lou Sicoly and Mark Riley. They mutually agreed upon the songs for the album and the process began. The entire album was recorded in their three separate studios, in Wolfville, Greenwich, and Toronto, then mixed and mastered by John at Woodman Studios in Wolfville. Pressing was done in New York and now we have an incredible album to bless our ears and hearts with. Classic Duets is something that everyone needs to listen to!

The Classic Duets album is a gem, and based on the great versatility of the two vocalists, John, as musical director, created a list of 20 songs , of which nine were agreed upon, and it was decided that an additional three favourites had to be included. Duets are some of my favourite pieces of music: two artists duelling it out vocally to create something beautiful, and then to add a live performance to accompany it, we have gold! I was honoured to see John perform a few times in Wolfville (with Sarah Pound) and now to witness the teaming of Mary Lou with Mark on top of John’s direction is a treat.

Performance dates for this dynamic trio are being announced, including November 10 at the Church Brewing Company in Wolfville. Visit the websites for ticket options. With restrictions letting up, because we’ve all done such a great job being safe, more projects are in the works.

Mary Lou Sicoly has her upcoming debut jazz album set for release in spring 2022, followed by the album release tours. Mark Riley is currently recording his original album, P.M. Blues, and his new jazz album with John Ebata. In addition to producing Mary Lou and Mark’s jazz albums, John has recently collaborated with Measha Brueggergosman to create music for The Hogtown Experience.

Their music can be bought locally from each artist and they also each have many videos online from their various projects. In Covid times, artists have to create. It’s their nature to do so, and these three stellar artists haven’t let a pandemic stop the creative juices from flowing. Don’t bother asking yourself if you should see their shows: just DUET! 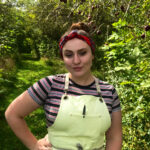 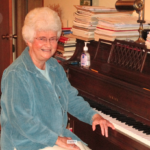