Christmas With Friends returns to University Hall in Wolfville for the first time since 2019. After cancelling in 2020 due to the COVID-19 pandemic, Annapolis Valley singer-songwriter Rachel MacLean is back to host the 11th celebration with special guests Mark Riley and The Gilberts.

Mark Riley has lived, loved, and epitomized music all his life, and is also known as the man with the bands! Born into a very musical family just outside of Dartmouth, Mark is an alumnus of the Nova Scotia Mass Choir and has worked with many music groups including Bluesmobile and Shoulder to Shoulder. He formed The Mark Riley Quartet, a jazz band, and established the Mark Riley Project. He was the 2021 African Nova Scotian Music Association Rising Star recipient for his recent efforts with several Annapolis Valley-based projects.

The Gilberts are a sibling contemporary folk trio bringing vibrant three-part harmonies, soulful lyricism, and melodious alchemy to their original songs, with diverse influences including folk music from the 1960s to the current scene, choral, musical theatre, and singer-songwriters. Frieden, Reuben, and Maisie Gilbert emigrated to Canada in 2003, growing up on folk festival fields around Nova Scotia stepping up to open mics, then performing at small events, leading to performances at major festivals including Deep Roots, the Lunenburg Folk Harbour Festival, and the Full Circle Festival in Avondale. They are the youngest artists to appear at any of these festivals.

Annapolis Valley singer-songwriter Rachel MacLean has been sharing her music with audiences for over 25 years. She performed for over 15 years as part of the popular duo The MacLeans, and recorded five successful independent albums with her sister during that time. Rachel has been performing solo across the Maritimes for over a decade, pleasing audiences with her beautiful voice, sweet smile, and inspirational music. She released her first solo inspirational album, Beyond The Rain, in 2013, followed by Fallen Snow in 2019.

Christmas With Friends takes place on Sunday, December 12 at 7pm. Tickets are on sale at the Acadia Box Office (902) 542-5500. Order online: acadiau.universitytickets.com. All provincial public health protocols will be followed. 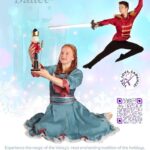 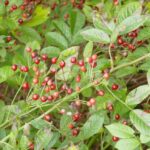