The Wolfville Legion’s campaign officially started on October 27, when the first poppy was presented to Hubert Sullivan, their oldest veteran at the enviable age of 96. Hubert helped found the Wolfville Curling Club, was once president of the Legion, and for many years organised the Poppy Fund campaign with his family. The first financial donation was made a few days later when Poppy Fund chairman Peter Tatrallyay was sent on a treasure hunt by his 9-year-old grandson. The mission was to find the big prize: money from his piggy bank for the Legion. He later helped fill the 160 poppy boxes with his siblings, aged 6 and 7.

Most of the stores and services in our area generously supported the campaign by taking a box or making a financial donation. Many people and businesses also purchased wreaths to be laid in remembrance of their loved ones. The Legion was able to set up tables at three locations, generously provided by Carl’s Independent, Home Depot, and the NSLC. The tables were hosted by Legion members and other volunteers, and their presence contributed enormously to the success of the Campaign. The Legion was also happy to be chosen by the Acadia Community Outreach group, which raised money for the Poppy Fund with a quiz night at their monthly meeting.

With all this help, and with generous giving from the entire community, Wolfville Legion is proud to announce that donations to the Poppy Fund totalled $18,398: an increase of some 20% from the previous year. 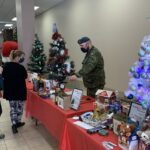 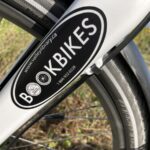