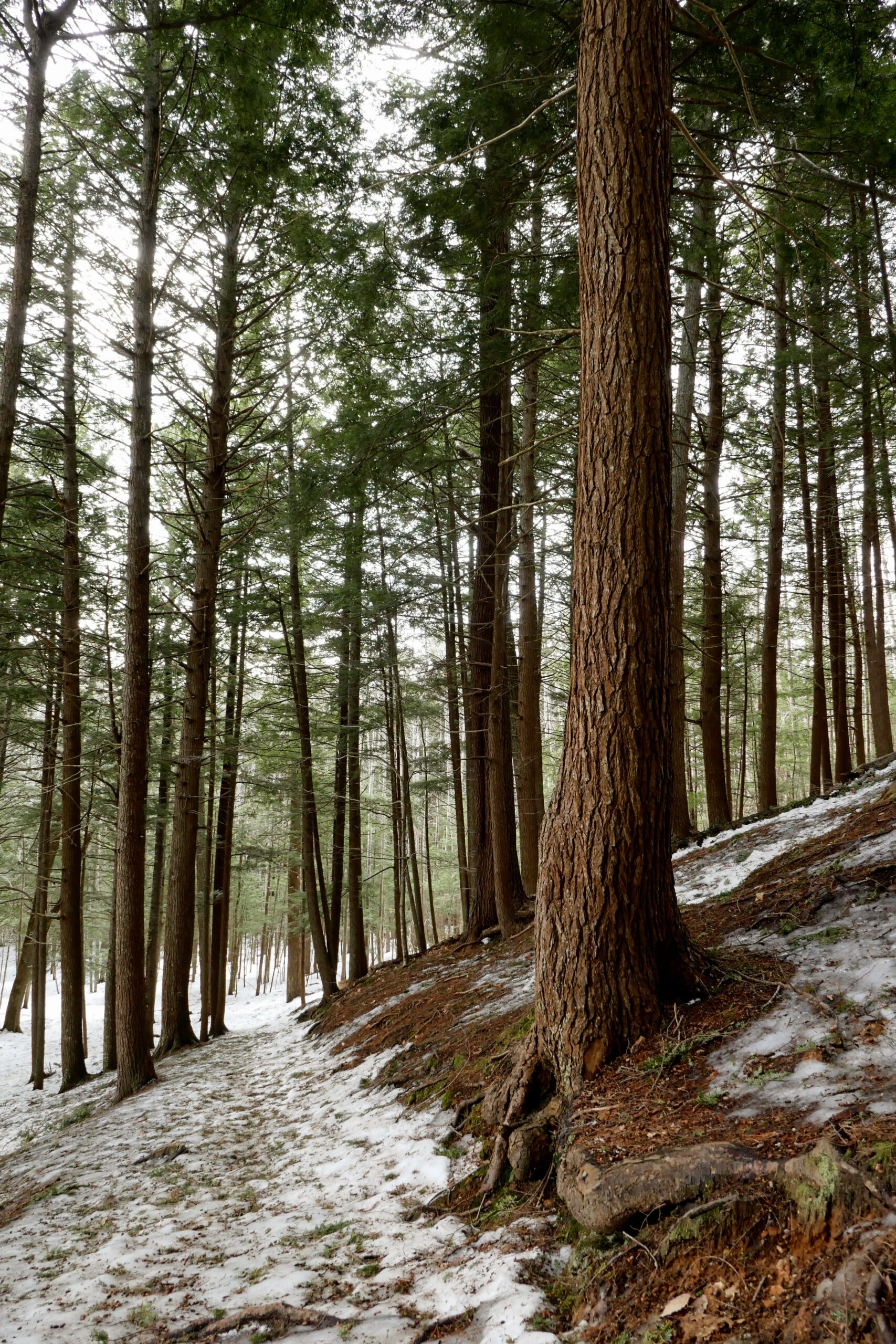 I experience a great sense of calmness and well-being whenever I walk in a hemlock stand like those found at Kejimkujik National Park and National Historic Site, in the Tobeatic Wilderness Area, and, closer to us, in the Kentville Ravine and along the Gaspereau river.

Eastern hemlock, Tsuga canadensis, is a foundation species. It provides numerous ecological services and habitat to many plants and animals. Its root system prevents erosion, and the dense shade it casts plays an important role in regulating the temperature of adjacent streams. This once very common late-successional conifer is nowadays mostly found in fragmented patches of old growth forest and is under threat by an invasive alien species.

Hemlock woolly adelgid (Adelges tsugae) threatens Nova Scotia’s eastern hemlock stands. Detected in the province for the first time in 2017, the aphid-like insect made its way to at least seven counties (Queens, Shelburne, Yarmouth, Digby, Annapolis, Lunenburg and, since May 2021, Kings). It was probably inadvertently introduced to North America via a shipment of non-native hemlock trees that were imported for ornamental purposes.

Hemlock woolly adelgid (HWA) feeds on hemlock nutrient and water storage cells at the base of needles. It can cause a rapid decline; infested trees can die within a few years only. Without natural predators to keep the HWA population in check, the future of our eastern hemlock seems grim. Biocontrol research is currently happening in the United States, but we need to buy time as it can take years for biocontrol agents to reach required population levels after being released.

You can do your part to slow the spread of HWA by not moving hemlock material, and by keeping an eye out for this insect when visiting an area that contains hemlock trees. Be on the lookout for white, waxy tufts (“fuzz balls”) on the underside of hemlock twigs, near the base of the needles. Report your observations through iNaturalist. After visiting infested stands, avoid visiting non-infested ones to prevent HWA spread. More information about this pest can be found on the Blomidon Naturalist Society website.

To experience the serenity of the Kentville Ravine Trail from wherever you are, hop on a virtual 360° tour prepared by Paul Illsley at kentvilleravine.ca. If you listen carefully, you might hear brown creepers, hermit thrushes, oven birds, golden-crowned kinglets, blue jays, mourning doves, and red squirrels. A fundraiser to treat some of the Kentville Ravine hemlock trees against HWA is currently underway. You can learn more about it in the News & Events section of the K.C. Irving Environmental Science Centre website.